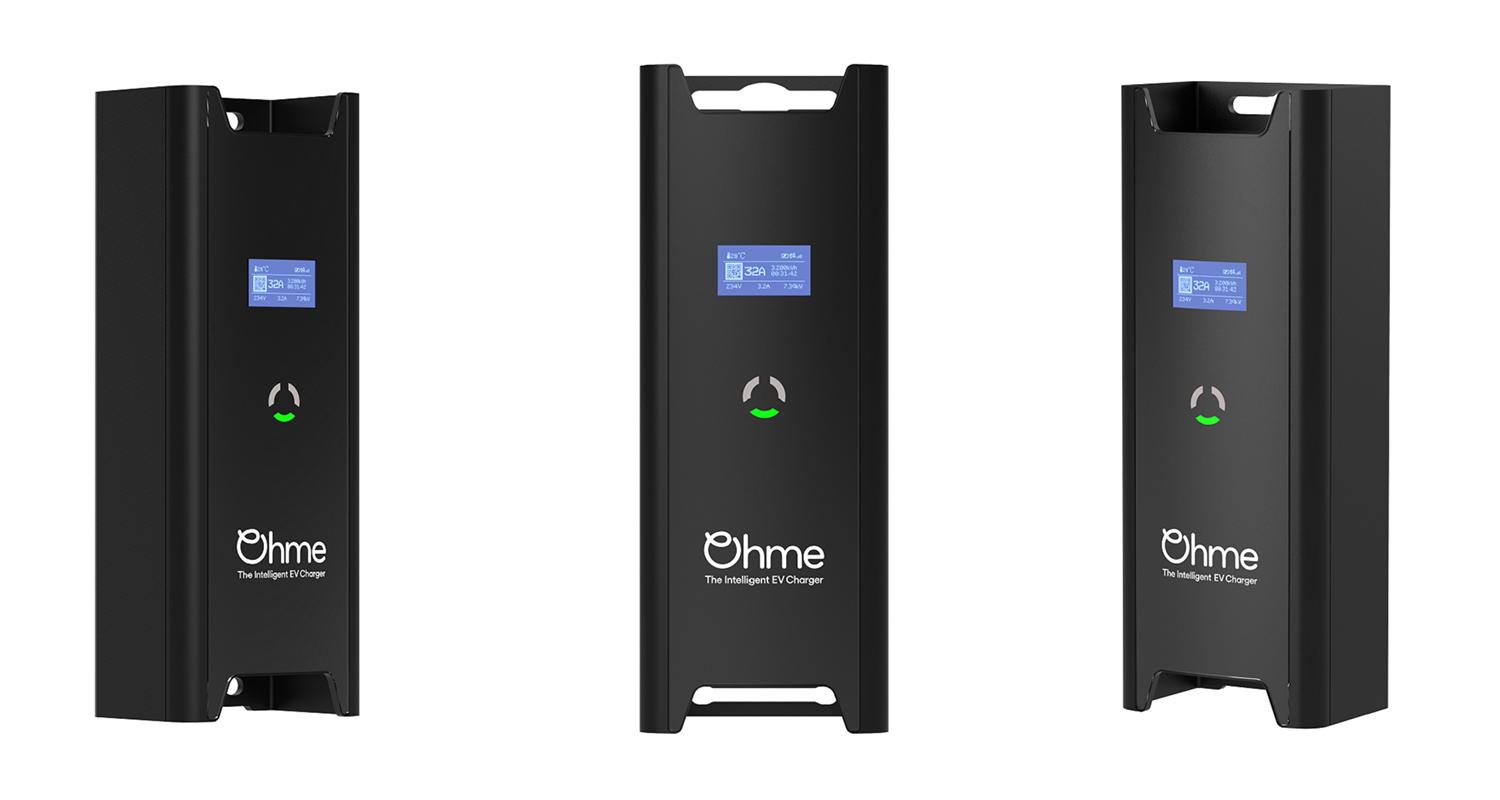 Ohme is one of the younger charger manufacturers, but it’s backed by real pedigree and arguably has the most sophisticated software on the market. Here’s all you need to know about Ohme.

The Ohme family of chargers were developed by Ohme Technologies Ltd. The firm was founded by CEO David Watson and has a bright team of developers and directors.

Smart Home Charge works closely with Ohme and we can confirm they are a very intelligent (and friendly!) team.

What chargers do Ohme manufacture?

Ohme has developed a range of products that centre around one main concept – to make charging intelligent and simple. The products on offer include: 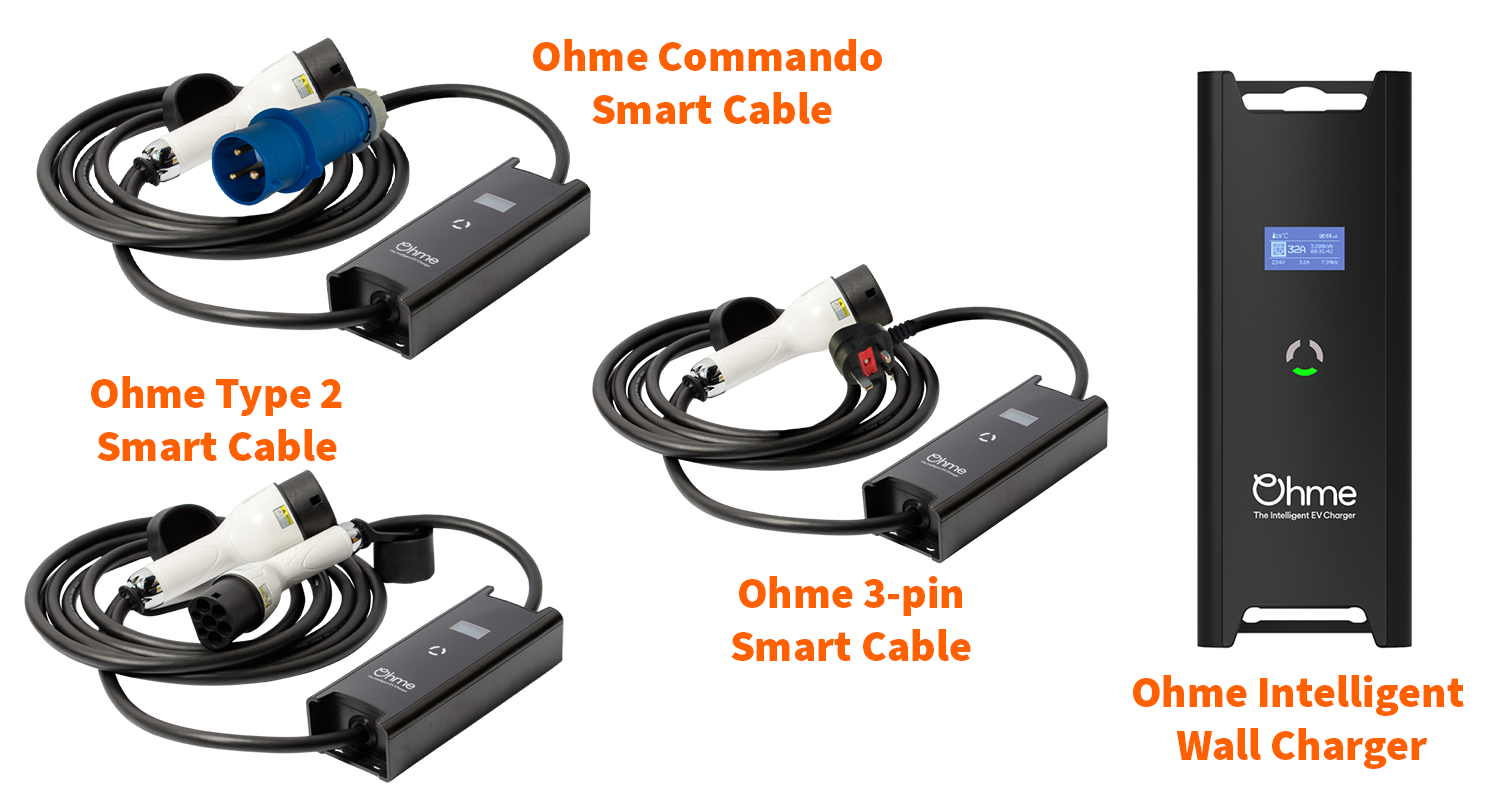 All Ohme products connect to its intelligent cloud-based platform to make home charging simple and cheap. This is made all the more accessible by the easy-to-use Ohme app, which you can find more details on below.

The flagship product, and the one we sell and install, is the Ohme Intelligent Wall Charger. This charger is a smart OLEV-approved wall charger and works with every vehicle type as it is available as a Type 1 or Type 2 unit.

Ohme also manufacture a range of smart charging cables – these work in the same way as the Intelligent Wall Charger, but they transform a traditional “dumb” charging unit into a smart one capable of using your cheapest electricity rates automatically. This is extremely handy if you already have an old charger installed, but you’d like to upgrade it to a smart unit.

Get a quote for the Ohme

The best thing about Ohme chargers is undoubtedly the energy savings when charging your car. It could save you up to £300 a year on charging compared to a standard variable tariff. This is why we think the Ohme devices are such game changers.

To help you save this sort of money, the Ohme automatically works with a "plunge-price" tariff such as Octopus Agile.

Tariffs such as these have more regular price changes as electricity demand peaks and troughs throughout the day. With Octopus Agile, the electricity price changes every 30 minutes depending on how much demand there is on the Grid. This means you can have really cheap electricity during the day if demand is low, as well as at night. The Ohme has access to these price changes, so it can automatically charge at the cheapest rates - whether that is at 3pm in the afternoon or 3am in the morning.

Tip: To take advantage of this type of tariff, you will need a smart meter installed which Octopus do for free. Find out more about tariffs here.

Although Ohme can work with all fixed tariffs, these are the suppliers that Ohme can automatically help you save money with and include:

Most chargers use WiFi to connect to the internet and send and receive the data they need. But the Ohme Intelligent Wall Charger isn't most chargers. It uses 3G and 4G signals for its data connection - this is more consistent and reliable than most WiFi setups. Plus, there is no extra cost for the 3G and 4G data - it's all included.

As mentioned, the Ohme software is capable of automatically charging when your electricity prices are low or you can give the Ohme a "target charge". What this means is you get a simple life because you set the charge you want by a certain time – 80% by 7am every morning for example – and the rest is taken care of. In fact, the Ohme charger will automatically select the cheapest times to charge while ensuring it reaches the charging target you have set.

As well as telling the Ohme to automatically charge at the cheapest rates, you can also tell it to charge when grid energy is greenest. At any given time, the Ohme Intelligent Wall Charger know how much carbon is in the grid - in other words, how much energy is coming from dirtier sources such as coal or gas, or if there is a lot of energy being produced by renewables such as wind or solar. Choose this option and Ohme will set about reaching your desired charge target while also being environmentally conscious and charging when the grid is green.

The charging units themselves are small and slim in profile, which is fantastic if you’re after something a little more discreet. As well as the intelligent cloud-based software and app, its looks also set the Ohme apart. Measuring at just under 240mm in height and 89mm in width, this charger is one of the slimmest on the market.

Is there an Ohme app?

Yes. If the Ohme intelligent cloud-based software is the brain, then the Ohme App is the heart and soul where all major charging options are available.

Tip: learn about the Ohme app, how to set it up and use it in our  Ohme setup guide

The Ohme app is easily paired with your charger by scanning the QR code on the side of the unit, after which you select your vehicle and energy tariff.

This is so the Ohme’s smart software can determine when the cheapest energy is available on your tariff and charge accordingly, as well as understand the max capacity of your vehicle’s battery.

The app allows you to set a charge schedules. This might include setting a “target” and time, so you can be sure your vehicle has 80% charge by 7am on weekdays, for example. You can even set up separate charging behaviours, such as “Morning Commute” or “Weekend Driving” or “Family Trip” that have distinct charging characteristics like charging to 100% if needed.

Of course, not everything runs by a schedule and the Ohme app allows you to start and stop charging as you see fit, or even top up your car battery as quick as possible by selecting “Max Charge”.

The Ohme App is available to download for Apple devices and Android devices.

Get a quote for the Ohme

The Ohme Intelligent Wall Charger is one of our lowest-priced chargers, but don’t let that fool you into thinking it’s a bargain-basement product.

The charger is of high quality build, is durable and has some of the most advanced software and app functionality available on the market.

Get a quote for an Ohme Intelligent Wall Charger installation at your home today, starting at £512 including installation (with the OLEV Grant).