Unlike other charge cards, Mina is dedicated to managing the charging of fleet vehicles with unique features like managing both home and public charging. But how much does it have to offer?

Includes a number of services upon sign-up, including home, work and public charging cost tracking as well as carbon data reporting 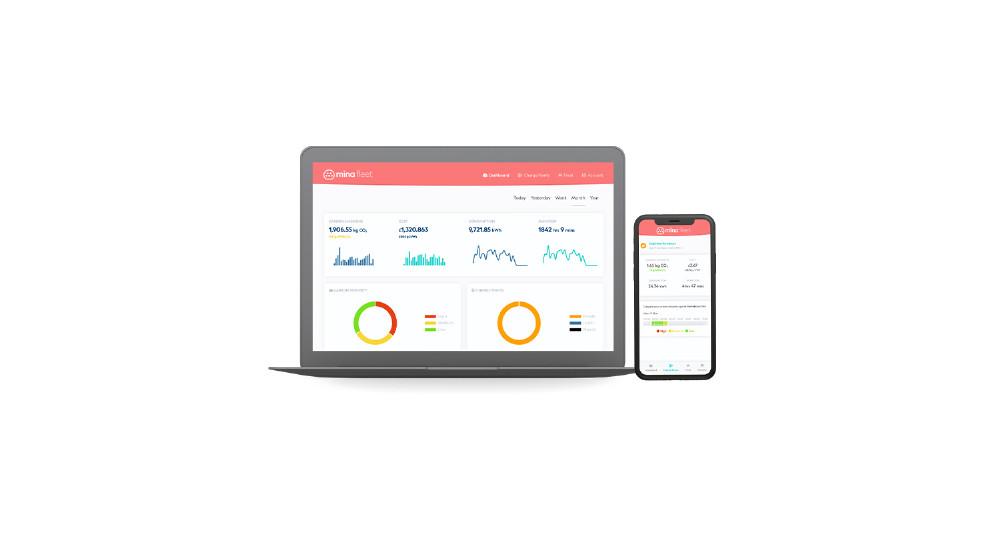 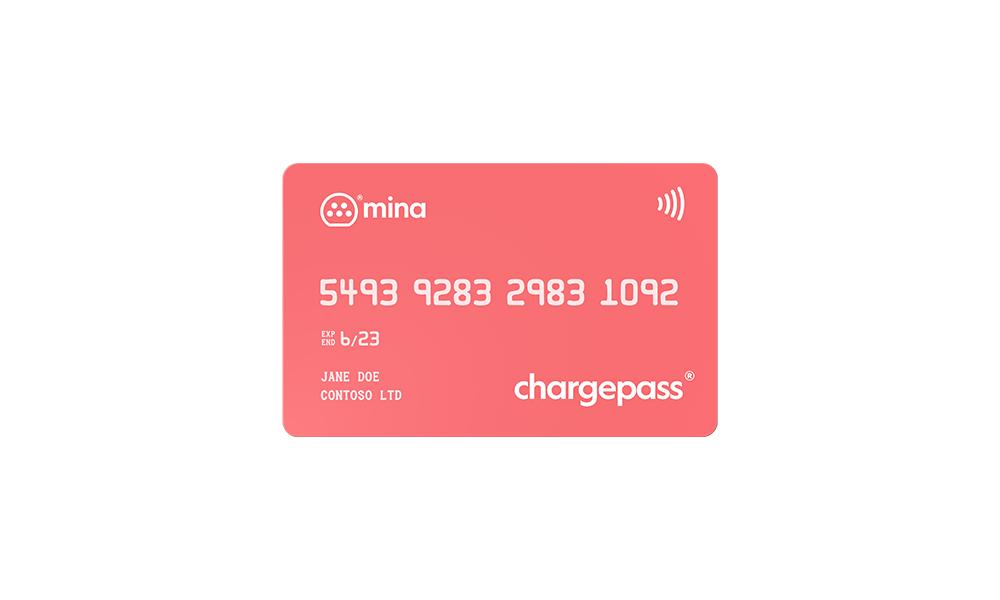 Pros:
- All charging costs (including home charging) of drivers are managed and collated into one invoice
- CO2 analytics for those tracking carbon footprint data
- The included fleet portal makes tracking the charging analytics of drivers quick and easy

But how do you go about tracking and paying for the charging costs of electric fleet vehicles? Well, that’s where Mina comes in.

When a driver starts a charge session at a compatible public charge point using a Mina Chargepass card, the cost of the session gets compiled into a single monthly invoice which is sent directly to the fleet. Drivers don’t have to pay a thing.

Mina can also track the costs of fleet drivers’ home charging and workplace charging, which they do by directly communicating with energy providers and individual home chagers. This data can then be added to the monthly invoice along with the driver’s public charging costs.

Drivers don’t need specific hardware to use this service as Mina are hardware agnostic, meaning they work with all smart chargers including the Sync EV, Eassee One, Ohme Home Pro, Ohme Home, Wallbox Pulsar Plus and Andersen A2.

When a company signs up to Mina and its drivers have been assigned a Charge pass, the organisation and its drivers will receive a Fleet Portal invite, which allows businesses to see their fleet’s charging behaviour on one dashboard with home, public and workplace together.

When using the Fleet Portal, fleet managers can track charging costs and habits of its drivers as well as various other data such as the carbon intensity and emissions of each charge.

Drivers have access to a Portal, which shows the cost of each charge whether at home in public or at the workplace. It also shows any payments made to their home energy supplier for home charging costs.

Information on the Fleet Portal is displayed via the app and web dashboard which provides a visual overview of statistics such as total carbon emissions, total overall charging costs, kWh consumed and time spent charging. The user can filter this information by day, week, month or a custom parameter.

As well as general charging statistics, Mina also includes some “gamification” on the dashboard which essentially ranks various categories such as “cleanest” and “dirtiest” vehicles in terms of carbon emissions.

To do this, Carbontrack integrates with the National Grid to provide accurate carbon intensity and emissions produced for each charge that might otherwise be hard to find. For example, when a Mina driver starts a charge session using a public, workplace or home charger, Carbontrack communicates with the grid to find out what source of energy was used for that charge session which then gets compiled into a monthly report.

If you are looking to bring Mina and Carbontrack to your fleet but haven’t fully switched all your vehicles to electric, Carbontrack can also track plug-in hybrid and even ICE vehicles too which it does by calculating the CO2 emissions of the ICE/PHEV against the monthly mileage inputted by the driver.

Octopus Electric Juice
Looking for a charging card for personal use? Electric Juice supports a wide range of the UK's biggest charging networks. Best of all, if you sign-up to electric juice using our link, you'll get £5 added to your account!

The best thing about Mina's solution is that it’s one of the first charge cards to be dedicated for use with fleet vehicles. While charge cards for regular electric vehicles, such as Electric Juice or Bonnet, could be used to track business ev charging costs, there’s a lot of admin work such as calculating VAT and separating home charging from the rest of the driver's electricity bill.

Plus, if drivers are allowed to use fleet vehicles for personal use, differentiating between business EV charging sessions and personal can potentially be an admin nightmare. Mina does all of this for you, with the only thing the business having to do is pay one monthly invoice.

As the Government moves closer to making carbon reporting compulsory for businesses, tools such as Mina’s Carbontrack will make the task a lot easier for businesses with fleets. On top of this, Carbontrack can rank the most polluting aspects of your fleet helping you identify ways you can bring your overall carbon footprint down.

For example, if a driver is charging their fleet vehicle at home during a period of time when the grid is using a non-renewable fuel source, Carbontrack will report it allowing fleet managers to identify the driver and advise them to charge their vehicle at a time when carbon intensity on the grid is low.

Although Mina partners with some of the biggest rapid charging networks in the UK such as Osprey, Geniepoint, Mer and ESB Energy, there are some major charging networks that could benefit from having Mina support such as Gridserve electric highway and Ionity partly due to these networks having charge points that support higher charging speeds.

Another downside to using Mina Chargepass is (as of writing this) that the service is severely limited if used abroad. If you run a business that operates in the UK only, Mina is perfect but if you ever go further than our island’s borders you might need your drivers to carry a backup payment option.

And speaking of our borders, while England and Wales have good charging network support with Mina, Scotland and Northern Ireland are not so lucky. In Scotland, anywhere north of Logierait lacks any charging networks that support Mina.

This means that if you have a driver departing from the city of Aberdeen, they would have to drive over 60 miles to Dundee to get to the nearest Mina supported charge point. Northern Ireland fares even worse than Scotland due to having no public charge points that support Mina.

The final downside was that Mina has no remote charge point control functions. While more charge points are available to pay with contactless, any charge point that doesn’t will not support a driver’s Mina Chargepass. This is a bit of a shame because any drivers without driveways will not be able to use Mina to take advantage of some kerbside charging networks such as char.gy.

If you are a small business owner or fleet manager that has a fully/partially electrified fleet or is considering switching their fleet to electric, having Mina Chargepass can not only save time by managing EV charging and mileage expenses for you but it can also track important data such as carbon emissions that might otherwise be hard to obtain without Mina.

As more charging networks start accepting Mina Chargepass, we hope to see many of the gaps on Mina’s charge point map being filled. Hopefully, this also means that more street parking focused charging networks such as char.gy and Connected Kerb will also jump on the Mina bandwagon in the near future.