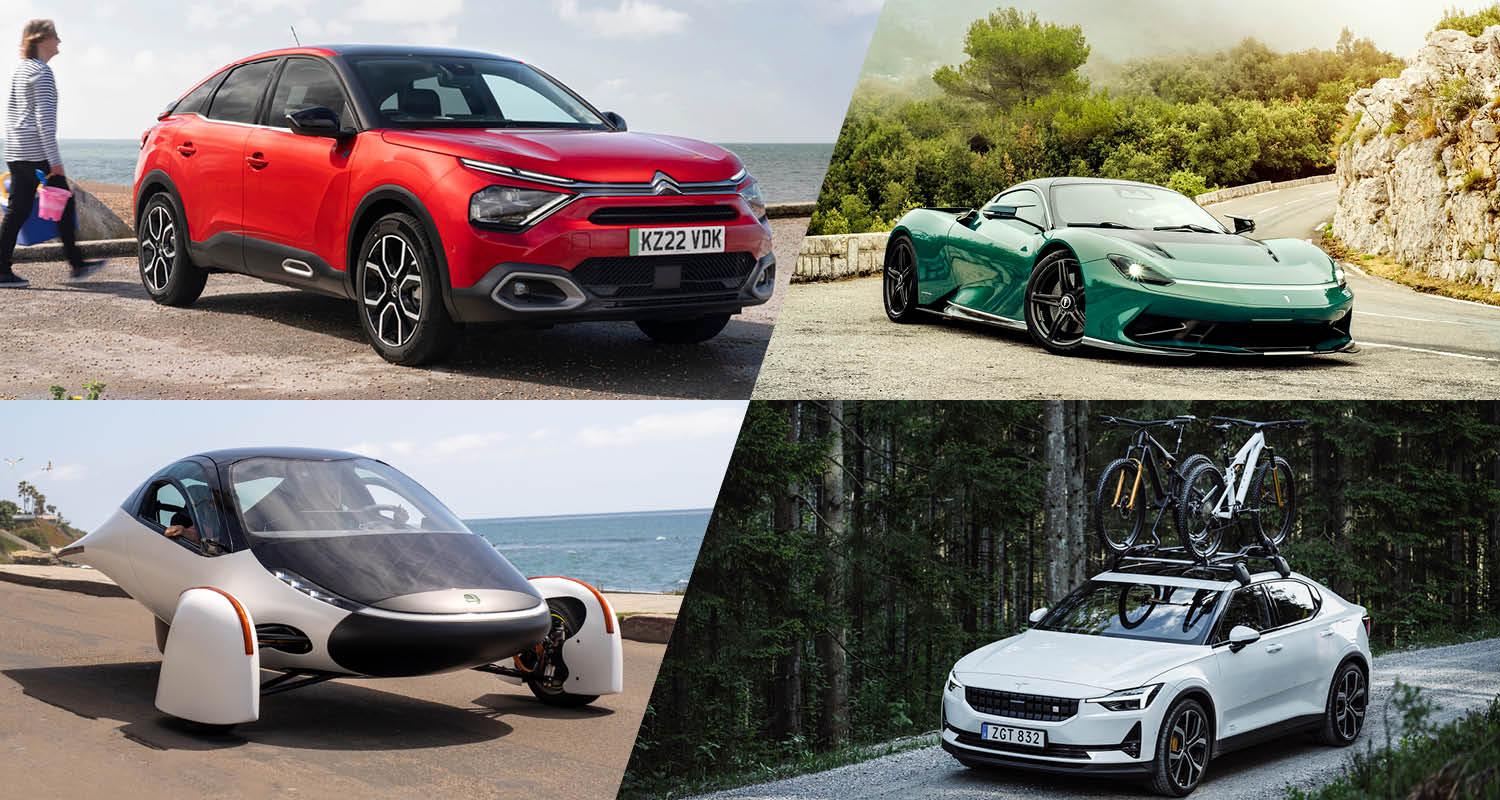 Continue scrolling to read our top news stories. This week we bring you news about upcoming vehicles from Renault, Kia and German/Italian start-up Automobili Pininfarina among other exciting stories.

It features a 77kWh lithium-ion battery that provides 150kW (204 PS) to a rear-mounted electric motor that develops 310Nm of torque. The range is a claimed 258 miles.

Dan Jones, operations manager at TrackDays.co.uk, commented: "It seems that Brits are gearing up for a transition to all-electric travel in the coming years, with more motorists looking to test the exhilarating Tesla Model S at circuits up and down the country.”

Kia shows sketches of the next XCeed model

Ahead of its full unveiling on Monday 18th July, Kia has revealed sketches of its new XCeed compact crossover. The XCeed is a critical model for Kia – it’s the best-selling member of the manufacturer’s European-designed, engineered and built Ceed model group.

“This new variant will fuse the adventurous design cues of a crossover with the sporty vibe of a focused European hatchback,” says Kia. “The arrival of the new XCeed will support Kia’s transition into a sustainable mobility solutions provider by being available with a range of highly efficient electrified powertrains, including mild-hybrid (MHEV) and plug-in hybrid (PHEV) options.”

European sales are due to begin later this year.

It’s not all been good news – government-mandated production shutdowns due to COVID lockdowns have delayed some models, but a second factory shift will recover some of the production lost.

On the subject of Polestar, the Swedish carmaker collaborated with Allebik to create the Allebike Alpha Polestar edition. Just 100 are to be built, with a bespoke lightweight and rigid carbon-fibre reinforced polymer frame co-developed between the two Swedish firms.

Like Polestar cars, the suspension features Öhlins dampers. “The golden Polestar versions of the Öhlins RXF34 m.2 29 Air Suspension with 130 mm travel (front damper) and the TTX1Air 120 mm travel (rear damper) are tuned specifically to give the limited-edition mountain bike optimal performance,” Polestar says. Each bike is handbuilt and available in either Snow or Space specification, and costs €9500.

Triumph is a… Triumph

Triumph has completed its first electric motorcycle project – the TE-1. Built with input from Triumph Motorcycles, Williams Advanced Engineering, Integral Powertrain Ltd, and WMG, the University of Warwick, funded by the Office for Zero Emission Vehicles through Innovate UK, the bike has a 100-mile range with 175bhp peak power.

Pininfarina Battista ramps up for production

The Pininfarina Battista billed as the world’s first pure-electric hyper GT, has entered series production in the centre of Automobili Pininfarina’s design, engineering and development centre in Cambiano, Italy. The 1900PS (around 1898hp!), 2340Nm machine is the most powerful Italian sports car in history.

Push for Tesla plugs to be standardised

With the recent furore over mobile phone charger cable standardisation in the latest UK vs EU battle not long ago, could the next battle along similar lines be car charging?

Aptera – the maker of a three-wheel solar-power enabled machine – has launched a petition on change.org demanding the US government adopt Tesla’s Supercharger technology as the standard for all EV charging in the US.

Aptera cites recent studies that found that installing a Supercharger station costs one-fifth of other networks and that Tesla’s chargers provide the best EV charging experience.

It goes on to say: “If our country began to support Tesla’s charging standards now, we could begin expanding our infrastructure at a much-reduced cost, saving $4 billion on projected charging infrastructure spending through 2027. Imagine what other EV programs we could support with that $4 billion in savings!”

Renault recently posted results that saw hefty increases in the number of electrified cars it is selling. The E-Tech (EV and Hybrid powertrains) range represented 36% of Renault passenger car sales in Europe in the first half of 2022, compared with 26% compared with the same time last year. The market average is still below 30%.

This year Renault has sold 59,000 full hybrid technology units, an 87% year-on-year increase. Megan E-Tech sales have reached 20,000, and deliveries began in May 2022 in France.

Life’s a beach with Citroën

As the weather warms up (either a normal summer or the apocalypse, depending on how much news hysteria you can take), Citroën has revealed the top 10 beaches for electric vehicle drivers to visit this summer.

The beaches were ranked according to the quality of charging infrastructure and the number of cities within a 219-mile range, which would make them accessible on a single charge in Citroën ë-C4 Electric.

First place Roker and Seaburn beaches, in Tyne and Wear, can be reached from eight major cities using the 219-mile range of Citroën ë-C4, including Birmingham and Liverpool, while the local area contains 13 public electric vehicle chargers with speeds of up to 50kW.

How do you order a Tesla? What can you expect?