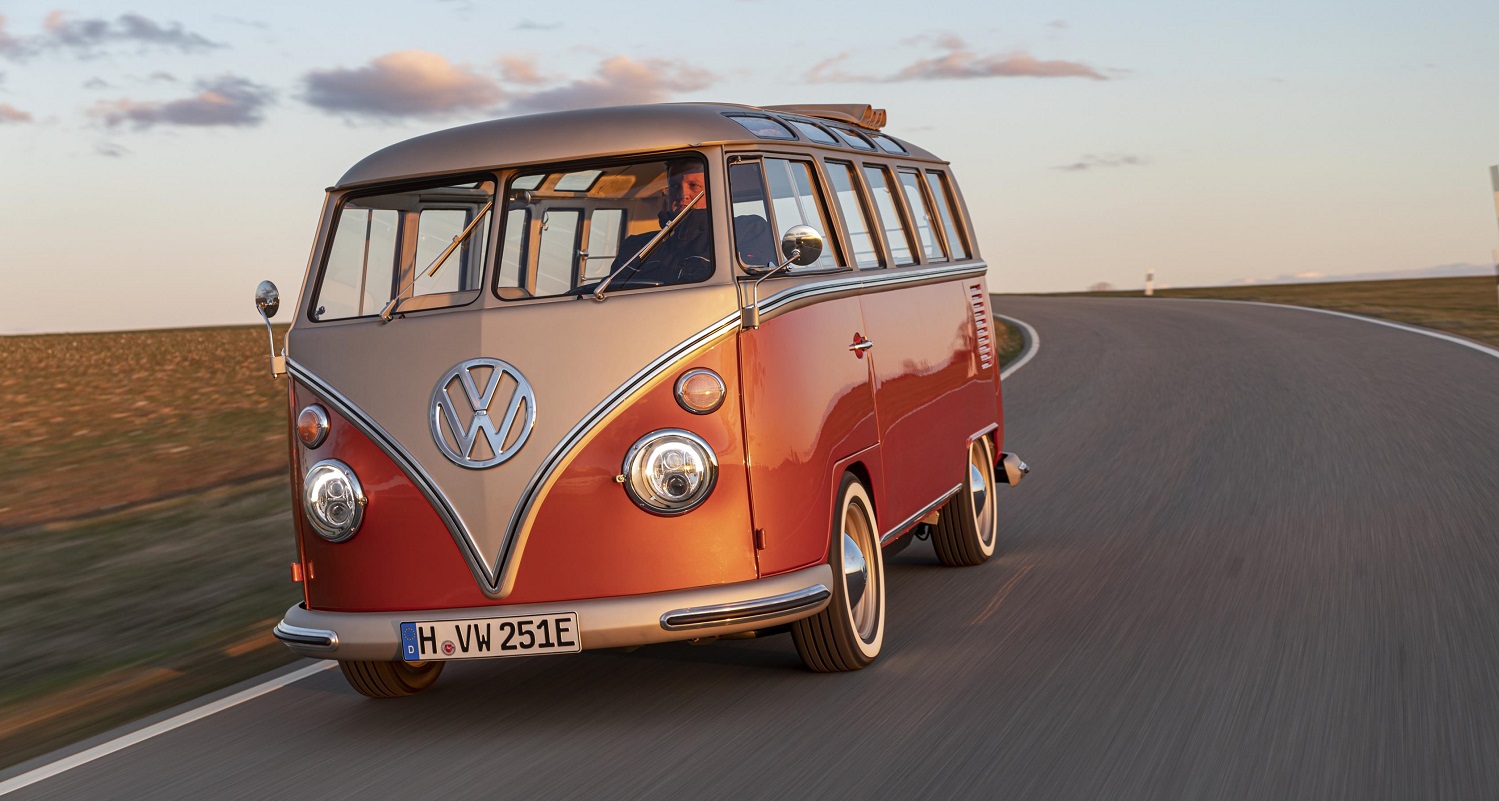 Volkswagen has unveiled the e-Bulli concept – an electric conversion of the 1966 T1 Samba Bus, which will be available to buy through its partner eClassics.

The e-Bulli shown off by Volkswagen was based on an original T1 Samba bus built at the Hanover factory in 1966 and lovingly restored by eClassics in California.

With it comes a fantastically new and simultaneously classic look. The exterior has been given a two-tone “Energetic Orange Metallic” and “Golden Sand Metallic MATTE” paintwork finish. Other new details include LED headlamps and daytime running lights. 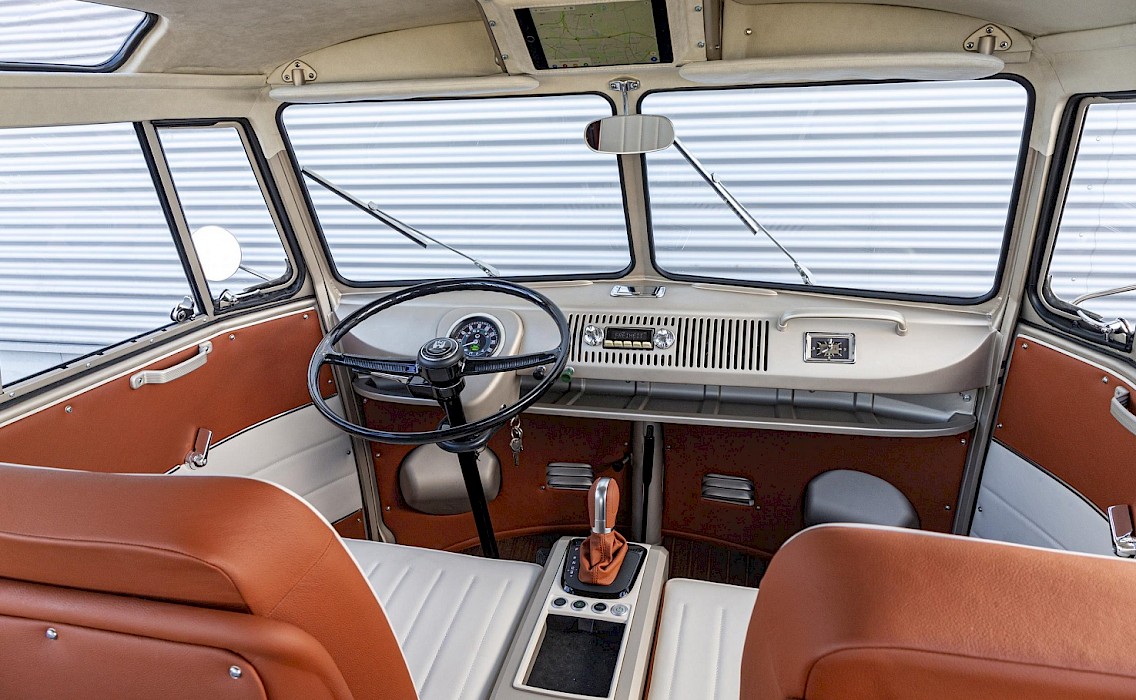 The interior follow the two-tone style of the exterior with a two-tone style throughout, but in “Saint Tropez” and “Saffrano Orange”. Solid wood is also used for the floor, which VW says offers a “maritime feel” and we have to agree, especially when combined with the panoramic folding roof.

Top speed is also up from 65mph to a brisk 81mph, while Volkswagen says it will have a range of 124 miles on one charge thanks to the 45kWh battery pack.

You needn’t worry on longer journeys, though, as the e-Bulli is capable of rapid charging at 50kW DC, giving you 80% charge in around 40 minutes. Not too shabby and this isn’t the sort of vehicle you’ll want to be rushing around in anyway.

The e-Bulli also has the usual AC charging options for use at home or other public chargers. The charging port is, rather cutely, hidden behind the numberplate.

Prices for the e-Bulli start from 64,900 euros. For more information, visit www.e-classics.eu 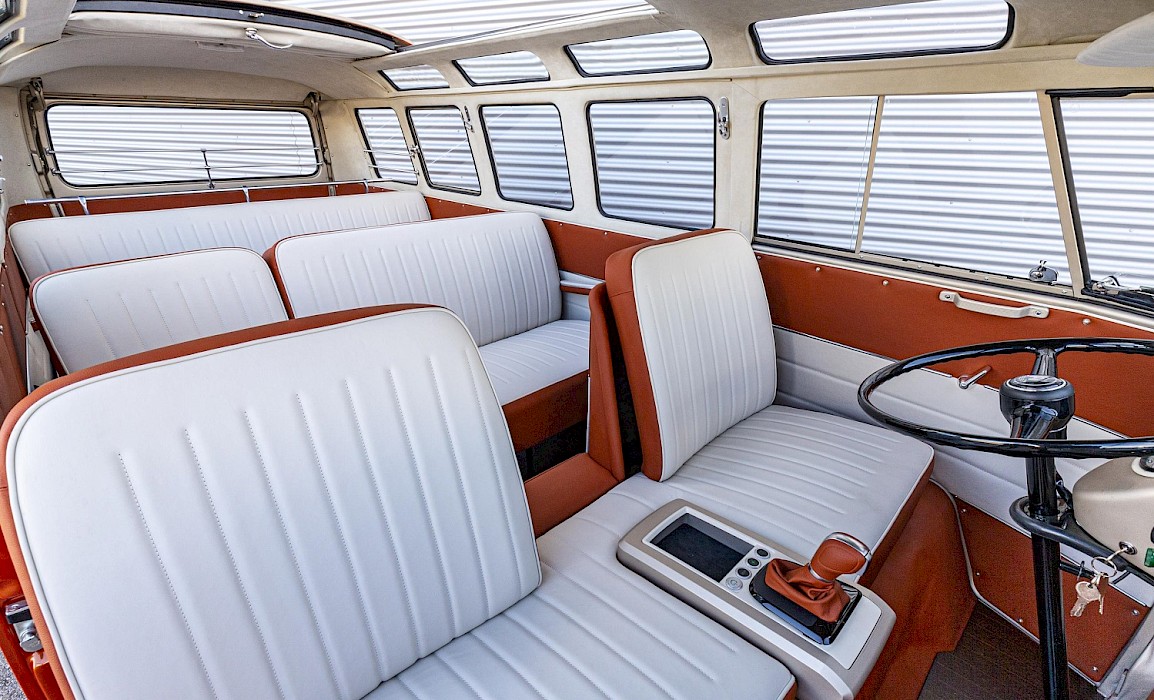 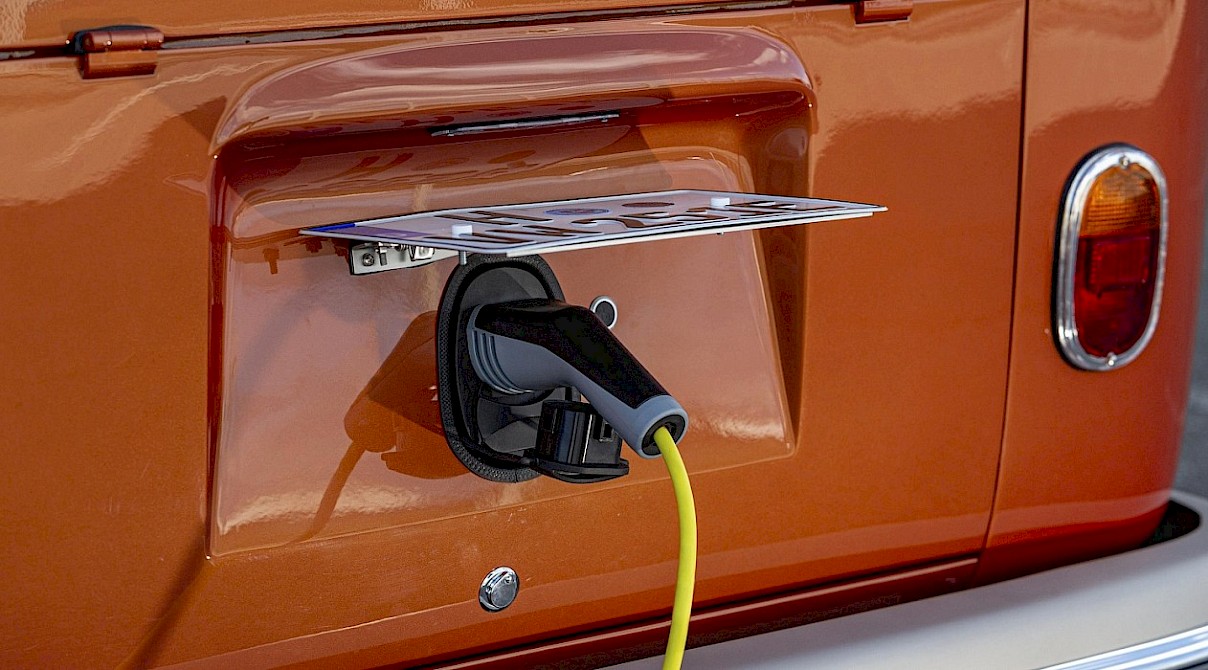