Volvo has revealed the C40 SUV as its second pure electric car, following the XC40 Recharge.

The announcement follows the news that Volvo will be a fully electric carmaker by 2030. There is limited information on the C40 so far, but here are some of the highlights.

It’s another SUV, but this time smaller, lower and “sleeker” according to Volvo, and pure electric of course. It does make sense for Volvo, though, as its premium SUVs like the XC40 and the pure electric XC40 have been very popular.

It even says as much by stating the “the C40 Recharge provides customers with the high seating position that most Volvo drivers prefer”.

Pure electric by design, but range takes a hit?

The new Volvo C40 is based on the CMA vehicle platform and is the first Volvo to be designed as pure electric from the ground up, which makes the estimated range of 261 miles all the more curious.

That is about the same as the larger XC40 Recharge on paper at least, even though the C40 should be smaller, lighter and designed as an electric vehicle only.

The C40 shares the same 78kWh battery pack as its larger sibling and has twin electric motors – one on the front and one on the rear, so we’re not entirely sure why the predicted range is so similar to the electric XC40.

Of course, real-world range is another matter and the C40 may end up being more efficient in real driving conditions. Volvo says over-the-air updates may improve range over time too.

The comparisons with the XC40 Recharge don’t stop there. The boot space in this crossover is actually identical to the larger XC40 at 413 litres. But, it also has a frunk or front boot under the bonnet which adds another 31 litres of space – probably best used for storing charging cables or a few items of shopping.

It’s easy to miss in the press announcement, but all electric Volvo’s will only be available to order online, including the new C40.

Carmakers were increasingly heading down this route since Tesla proved that a small shopping centre showroom and a website were all you needed, but coronavirus and lockdowns have accelerated this change as manufacturers looked for ways to keep orders coming in.

Online ordering also means no more haggling, as vehicles will have a pre-set package and price. Whether that’s a good thing or not depends on whether you really think you’re getting a good deal when negotiating with a dealer or whether you prefer the simplicity and convenience of online ordering. 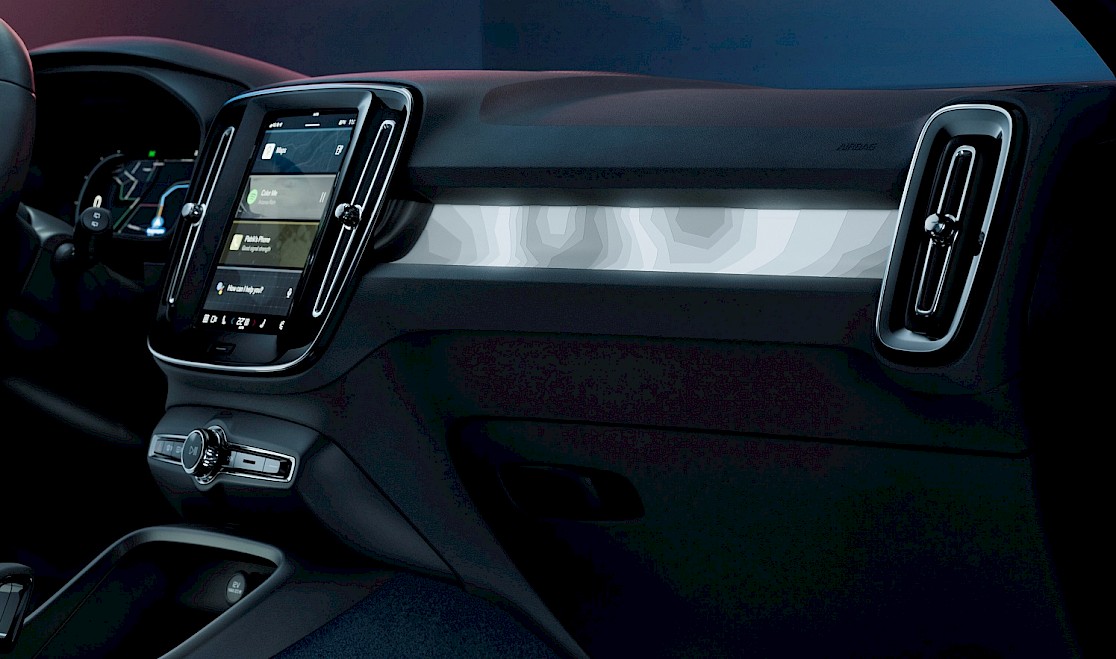 Volvo is continuing to push its new entertainment system which was jointly developed with Google. It’s pretty much Android Auto on steroids and we saw its introduction in the XC40 Recharge and Polestar 2.

Drivers will benefit from over-the-air software updates which will add and improve features during ownership. You won’t be charged any extra for this as the vehicle will come with unlimited data connectivity.

The Volvo C40 Recharge is also the first Volvo to be offered without any leather options. There’s no specific reason why, but given the push towards “eco-leather” and other sustainable fabrics, it is possible there’s an environmental reason behind the decision.

The Volvo C40 is expected to go into production in autumn 2021.