UK new car registrations up in July. Full electric up 259%. 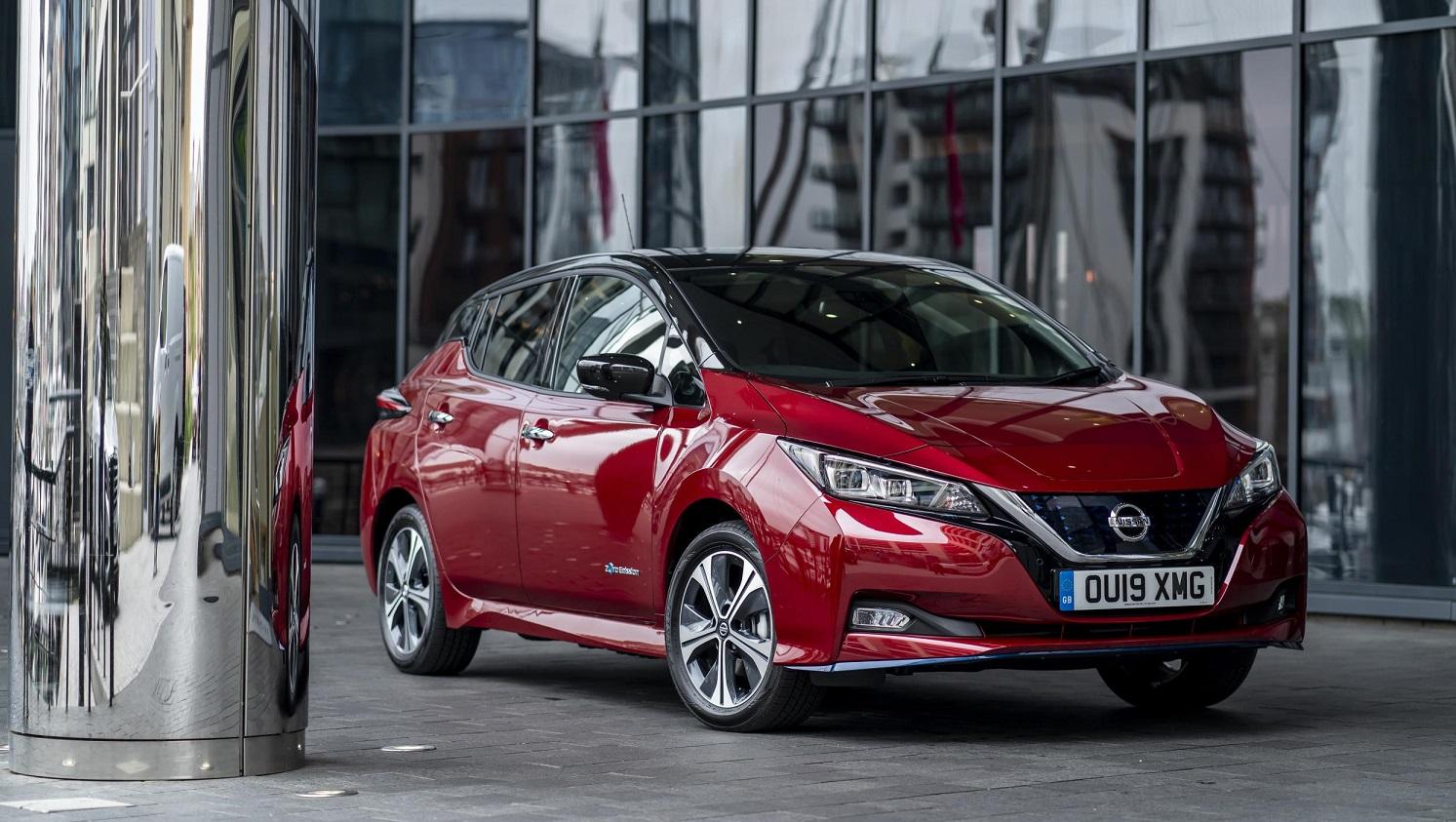 Registrations for new cars rose for the first time this year by 11.3% in July according to figures released by the Society of Motor Manufacturers and Traders (SMMT).

The SMMT welcomed the news, commenting that “pent-up demand” had finally led to a reprieve for the UK car industry, although overall registrations for the year so far are still down by 41.9%.

Demand for zero and low-emission vehicles was still high and continues on an upwards trend, accounting for 9% of total new car registrations in July.

Year to date figures are also promising for fully electric (BEV) vehicles with 39,119 registrations so far, compared to 14,246 at the same point last year. So far this year full electric cars have accounted for 4.7% of the overall market compared with 1% at the same time last year.

Mike Hawes, SMMT Chief Executive, said: “July’s figures are positive, with a boost from demand pent up from earlier in the year and some attractive offers meaning there are some very good deals to be had. We must be cautious, however, as showrooms have only just fully reopened nationwide and there is still much uncertainty about the future.

“By the end of September we should have a clearer picture of whether or not this is a long-term trend. Although this month’s figures provide hope, the market remains fragile in the face of possible future spikes and localised lockdowns as well as, sadly, probable job losses across the economy. The next few weeks will be crucial in showing whether or not we are on the road to recovery.” 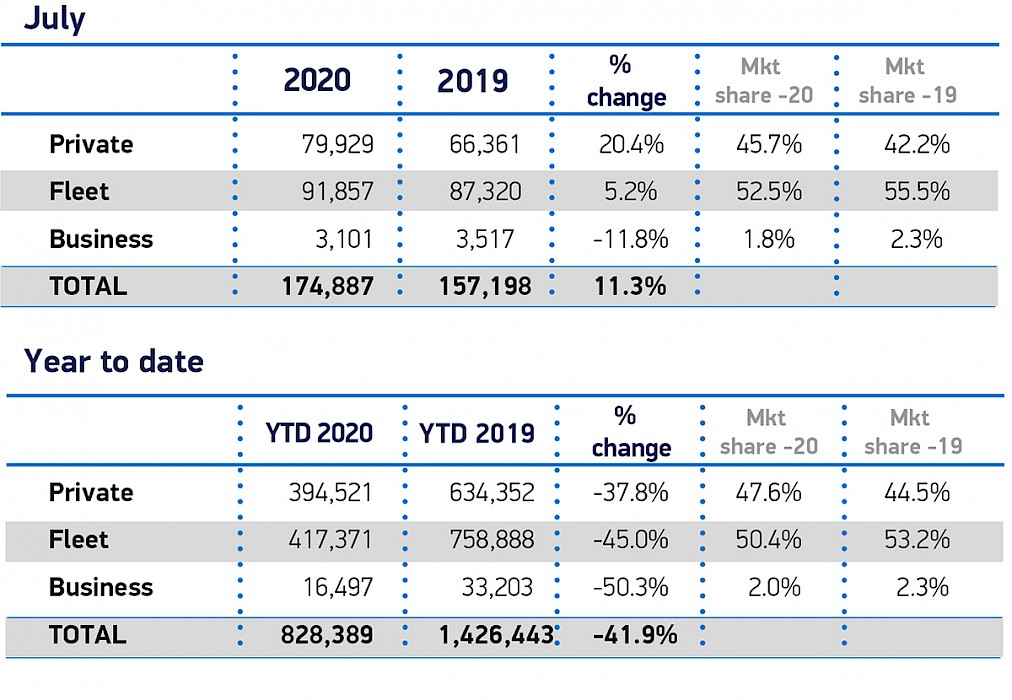 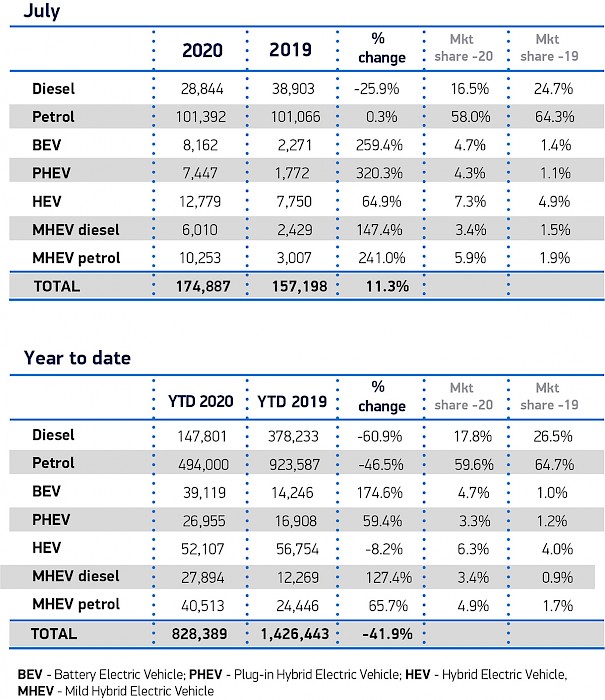