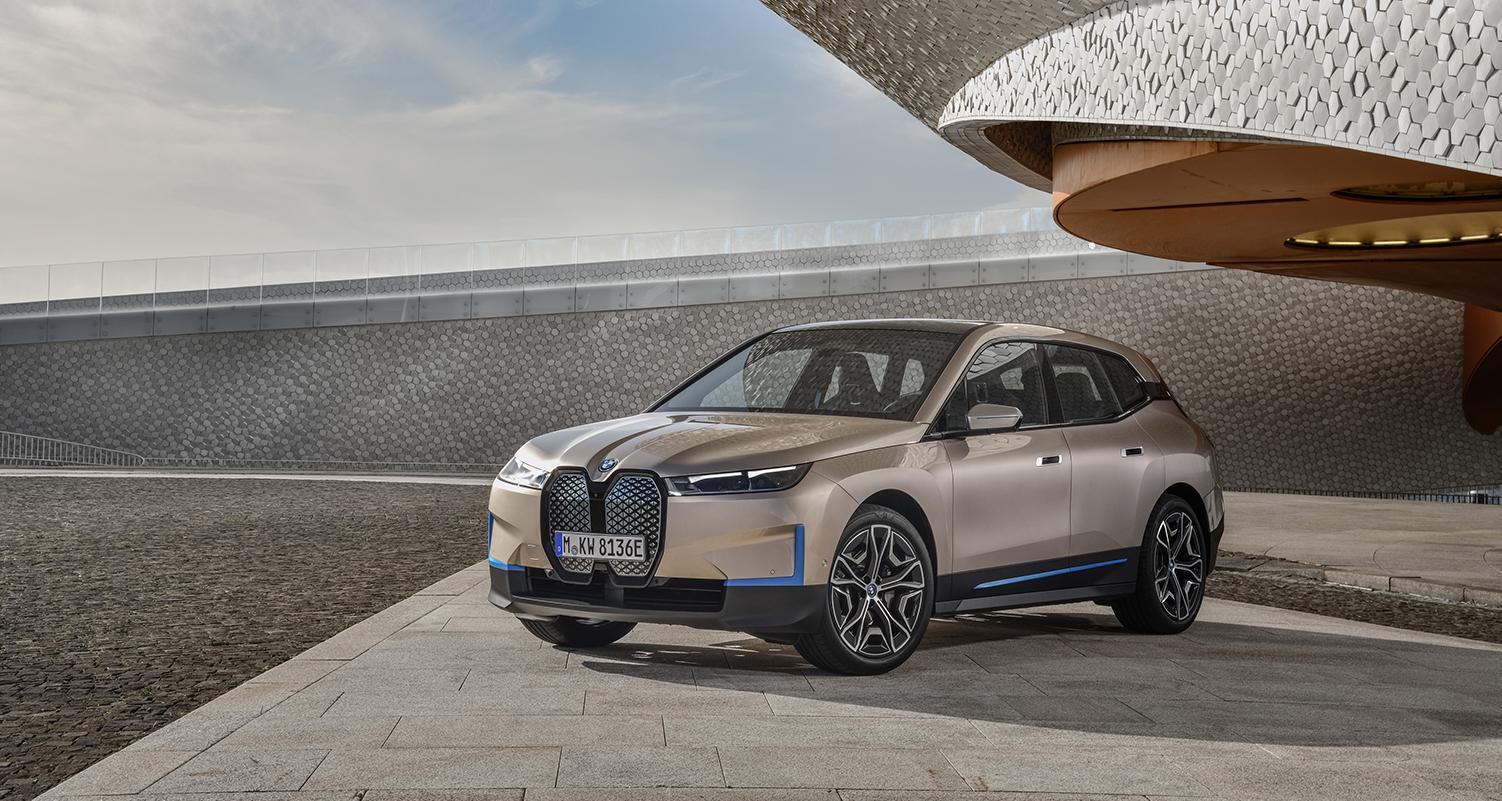 Based on the Vision iNEXT concept, the iX is BMW’s all new full electric SUV predicted to go on sale at the end of 2021.

The BMW iX is the German carmaker's second from-the-ground-up EV, following the seven-year-old BMW i3. It's billed as the flagship of BMW's electric range of vehicles and will square up to the likes of the Mercedes EQC and Audi e-Tron.

Similar in size to the X5, the iX looks to be making a strong case for itself with a beastly 500bhp and 373 miles of range, which is around 100 miles more than its German competitors. However, the design has already received mixed (mostly negative) feedback.

Designed with precision and minimalism in mind, according to BMW, the iX is definitely a car that will be drawing attention when it hits the UK roads. Whether that is positive attention or not is debateable but the production car maintains many of the design cues from the original BMW iNEXT concept.

Upon first glance, the most prominent feature that people might notice is the grille, which has been dubbed by car journalists as the “vertical kidney grilles”. This is completely blanked off and serves as a digital intelligence panel housing electronics such as the sensors, radar functions and camera technologies.

The headlights are the slimmest ever to feature on a BMW, while flush-fitted door openers that operate at the press of a button help maintain the smooth aesthetic.

Frameless side windows and a tailgate with no separation joints which extends across the whole rear of the car and slim rear lights to accompany the front headlights. 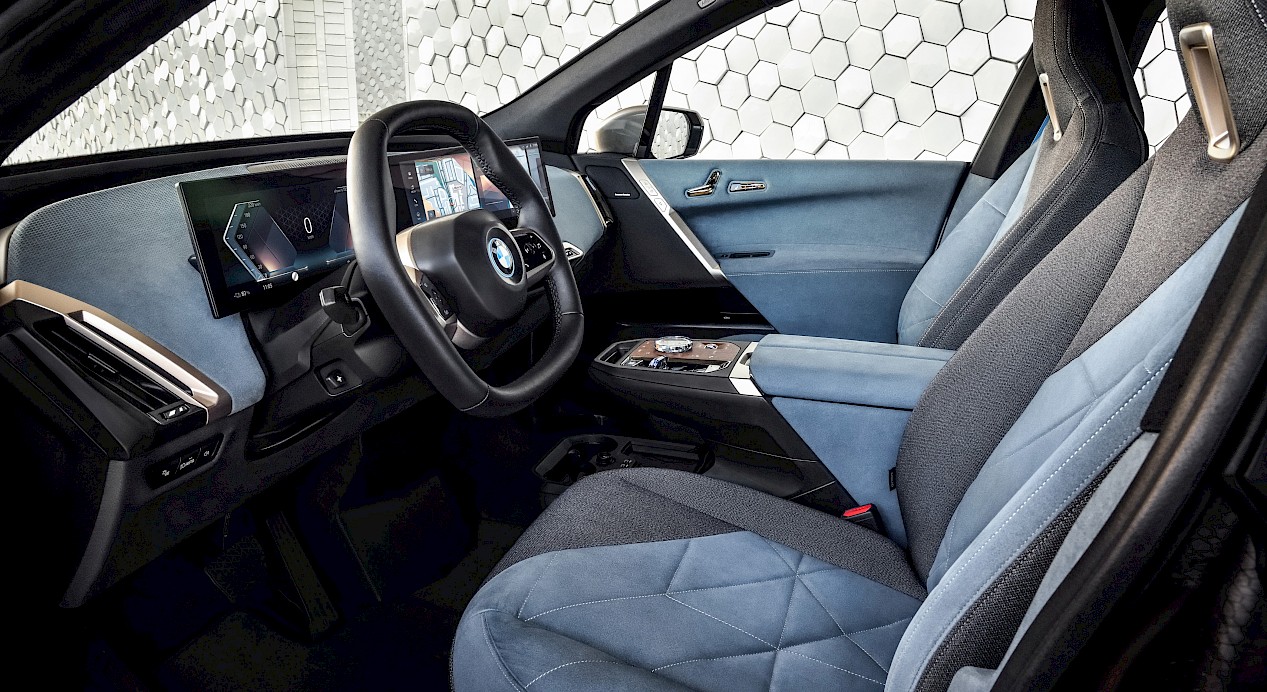 The interior sees a radical depature from traditional BMW design, although i3 fans may notice some similarities.

The centre console is entirely absent, with two large widescreen displays dominating the cabin. These are angled towards the driver, while the high-mounted armrest includes BMW's iDrive rotary dial and other buttons for more direct control of climate and the infotainment system.

Much like the i3, which pioneered new manufacturing techniques and use of recycled materials, the iX follows in these footsteps. Much of the plastic material used is from recyled sources, according to BMW.

The iX will be BMW’s first vehicle to utilise the automaker’s new technology toolkit which paves the way towards further advances in automated driving. For example, the computing power developed in the iX is designed to process 20 times the amount of data volume of previous models giving the car the ability to process more information from the built-in sensors than ever before.

Battery and motor capabilities have progressed too. With BMW’s fifth-generation eDrive technology which encompasses the dual electric motors, power electronics, the charging technology and the high voltage battery, the car can deliver a maximum output of more than 500hp which will be enough to take the iX from 0 to 62mph in under five seconds.

The impressive 373-mile range should put "range anxiety" to bed for most drivers, though this will only be found on the range-topping model which boasts a "100kWh-plus" battery pack.

It is expected that other battery pack options, with less range, will be made available.

With DC rapid charging built-in, the iX delivers is able to use public rapid chargers up to 200kW. Although rapid chargers capable of delivering this amount of power are few and far between, but it's a useful feature of the iX as the national infrastructure improves. This means the battery can be charged from 10% to 80% of its full battery capacity in under 40 minutes. On top of this, 75 miles of extra range can be added in just 10 minutes using compatible DC fast chargers.

Prices are yet to be announced, but it's expected to be in the same region as its nearest rivals the Mercedes EQC and Audi e-Tron.