Tesla has launched the Model S Plaid, which sees an extensive interior refresh and modest changes to exterior styling.

The Model S Plaid is the new flagship of the Model S electric saloon from Tesla.

It has received some TLC on the outside and a big overhaul on the inside, with a much cleaner look dominated by the new landscape screen and that yoke steering wheel.

These changes apply across the entire range of both the Model S and X, but the Plaid boasts more power and, unsurprisingly, a higher price tag starting at £118,980. It also has a claimed range of 390 miles.

It has already become a tired cliché to describe the Tesla Model S as a supercar with saloon clothing on, but that’s precisely what it feels like.

So, with an upgrade to the already ludicrous performance of previous models like the Model S Performance, all the headlines are about the absolutely ridiculous acceleration and speeds found in the flagship Plaid version.

It is the fastest production road car in the world today, with 1,006bhp, 0-60mph time of under two seconds and a top speed of 200mph. It has even set the record for the fastest quarter mile for a production car, beating the likes of the Bugatti Chiron.

What’s more is the cars the Model S Plaid is competing against in terms of performance are bona-fide hypercars built for the job and cost hundreds of thousands if not millions.

The Tesla Model S is still a highly practical car and extremely quick no matter which version you pick - the Plaid is just a cut above when it comes to performance right now.

The yoke is still there 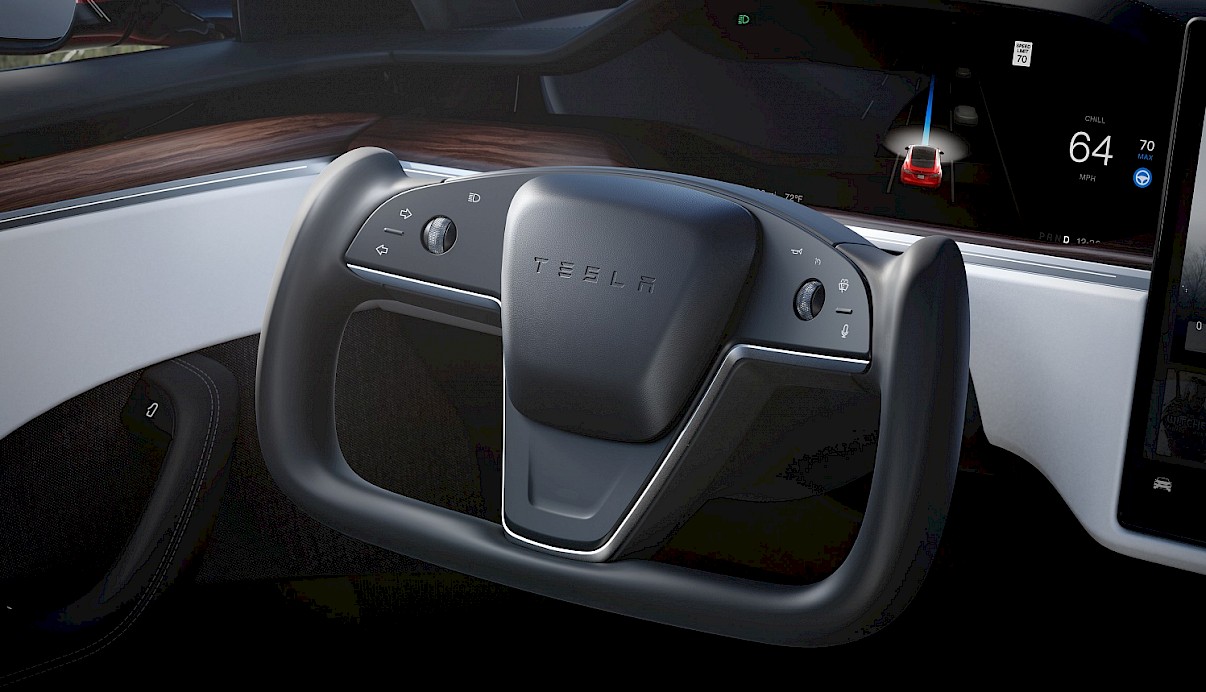 There was a fair degree of scoffing and scepticism when Tesla revealed the new Model S line-up would come with a yoke steering wheel instead of a traditional circular wheel.

The jury is still out on how practical it really is in the real world, but it has made it to production with the first 25 deliveries taking place at the launch event.

Initial reactions suggest it takes some time to get used to, but was it a problem that needed solving?

Tesla says the yoke is all about improving visibility for the driver now, because the cockpit display is not obscured, but it also has one eye on the future.

It claims that when fully autonomous driving is allowed or commonplace, drivers will want to be getting on with other things such as watching a movie or checking their calendar on the main screen.

The intention seems to be that drivers will still be active participants without being hands-on – for example, monitoring their surroundings as well as what AutoPilot is doing via the cockpit display, hence the decision to implement the yoke.

The interior is much cleaner 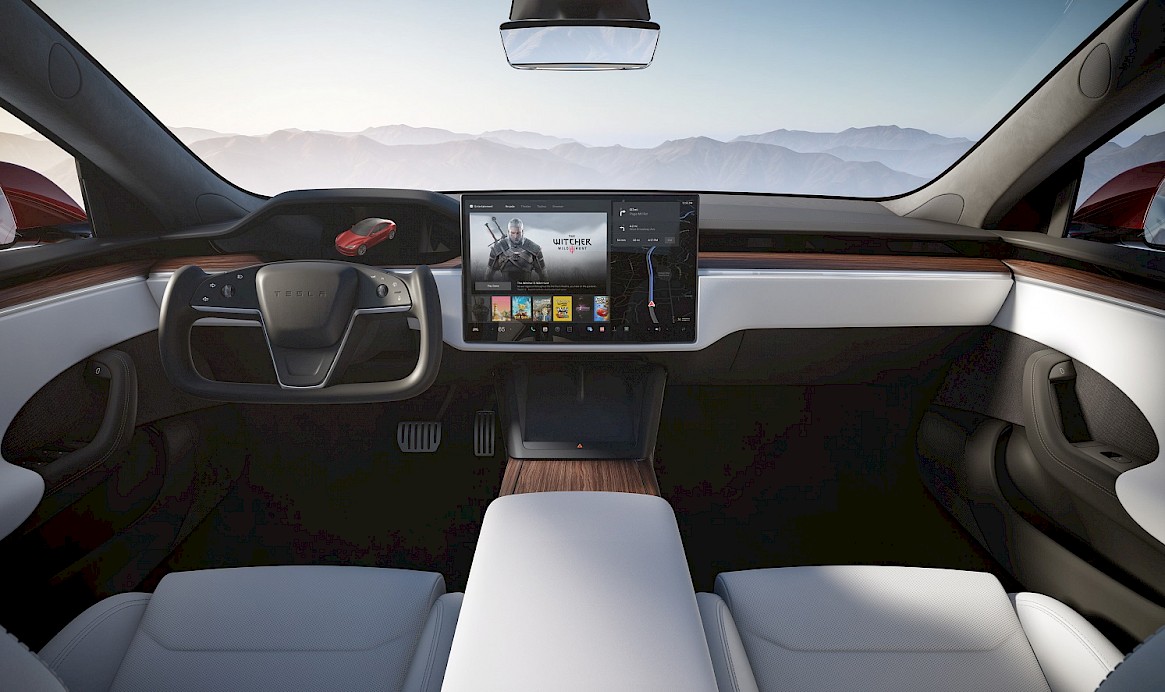 It seems unfair to focus on all the attention-grabbing features such as speed and weird steering wheels because Tesla has made some big changes with the interiors of the Model S and X.

Moving much closer to the simple, almost Scandinavian, feel of the Model 3, the new interior looks a lot more spacious and less fussy.

The previous Model S interior has lots of fans, but it’s an old design that has caught up with this pioneering saloon.

The screen is now landscape and sits flusher with the dash compared to the Model 3’s screen.

The biggest contributor to the new cleaner look is the air ventilation system. Individual air vents have been removed in favour of an air “strip” which Tesla likes to call “invisible AC”.

Ventilation, heating, and the flow of air is all controlled via the screen.

There are still manual indicators 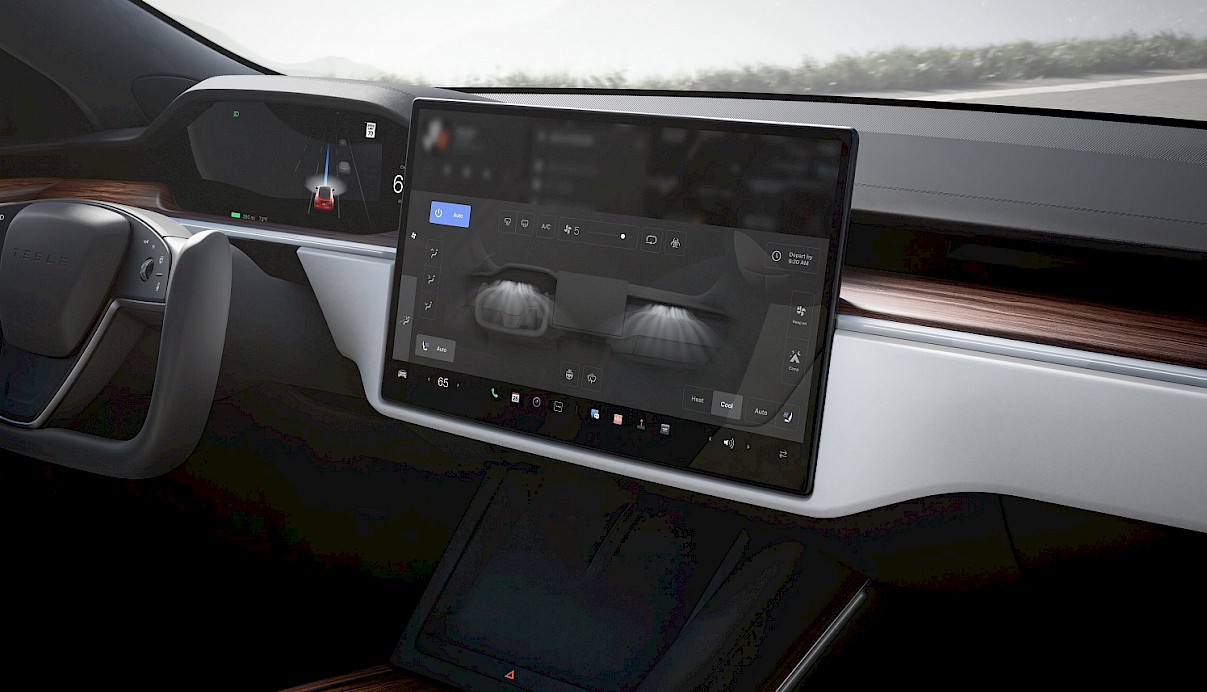 Gone are most of the buttons and the stalks have also been removed. So that means no indicator stalks – instead the car will anticipate your actions and indicate for you.

Cue a lot of shock and horror. But have no fear, as there are still manual indicators in the form of buttons on the steering wheel. These work just like traditional indicators. Phew! 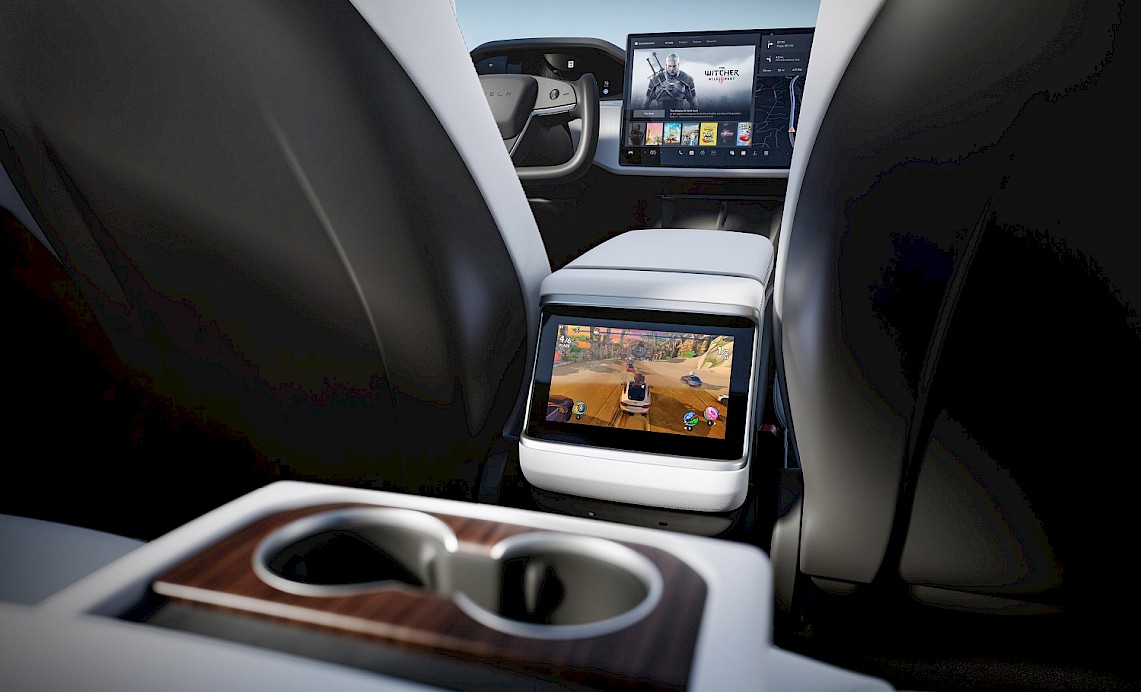 We will believe it when we see it, but Elon Musk claims the new Tesla Model S is capable of “PlayStation 5-level graphics”.

Admittedly Tesla did demo someone playing a PlayStation 5 game live in the car, but gamers will know they’ve been duped by live demos before.

Even so, the computing power in the Tesla is seriously impressive allowing for back-seat passengers (who get their own screen now) to watch something different to the screen up front.

From the early driver videos we’ve seen, the system is incredibly zippy too.

Ventilated seats are back

We just wanted to take a moment to single out our favourite feature. Ventilated seats.

It’s an option that has lurched from available to unavailable for some time now on the Model X, but it finally looks set to stay.