Skoda’s maiden purpose-built electric vehicle - Enyaq iV - has impressed more than 2,500 retailers and dealers across the UK, who awarded it the annual Car Dealer Power Awards Car of the Year prize after completing a nationwide survey. The electric SUV has only been in the UK since June and has already picked up awards such as Car of the Year from Parkers and Best Family Car by electrifying.com.

There are two battery sizes of 62kWh and 82kWh available that will deliver a WLTP range up to 331 miles. If you choose to charge it on a DC rapid chargepoint, then expect 10-80% in a pacey 38 minutes. Since its launch, a further two models have been introduced – the Enyaq iV 80x with four-wheel drive, along with a special Founder's edition.

Car Dealer Magazine founder James Baggott said: “The Enyaq iV fought off some stiff competition to win this title, and Skoda should be especially pleased as an impressive number of electric cars were singled out for praise in this year’s Car Dealer Power Awards.”

During this year, more than 2,500 retailers and dealers took part in a nationwide survey and were asked to nominate their car of the year regardless of the brand or company they work for, resulting in a resounding thumbs-up for Skoda’s Enyaq iV.

Prices start from £32,010 on the road, including the Plug-in Vehicle Grant. 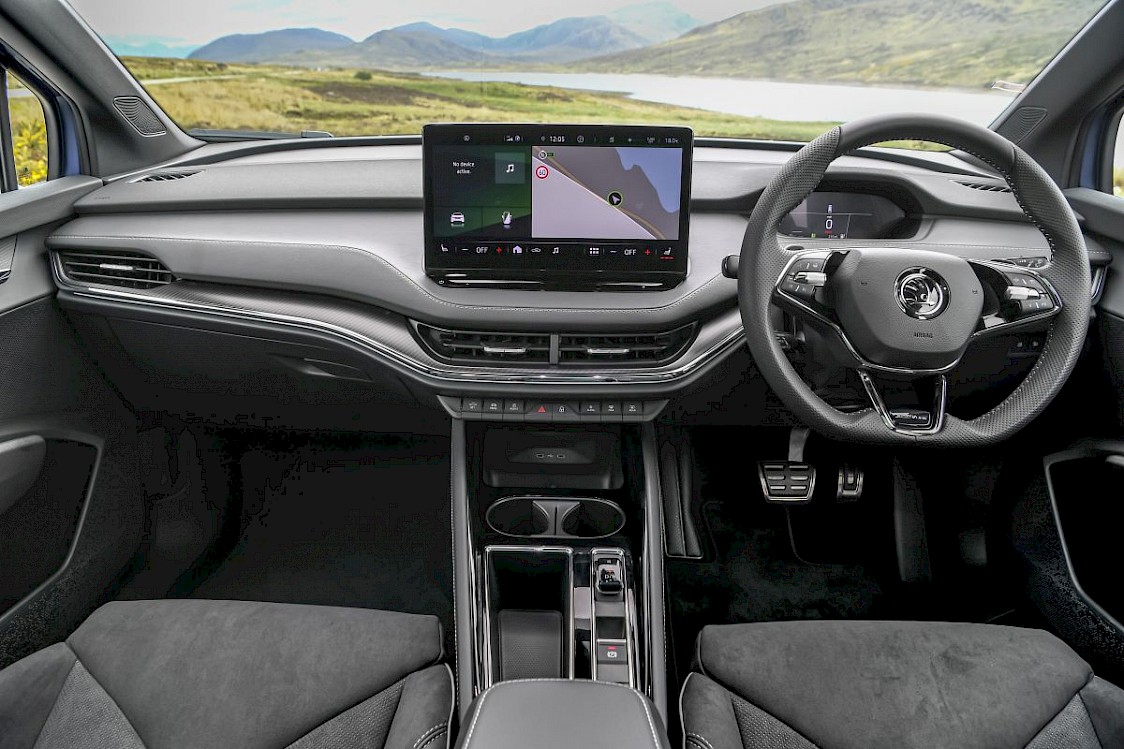