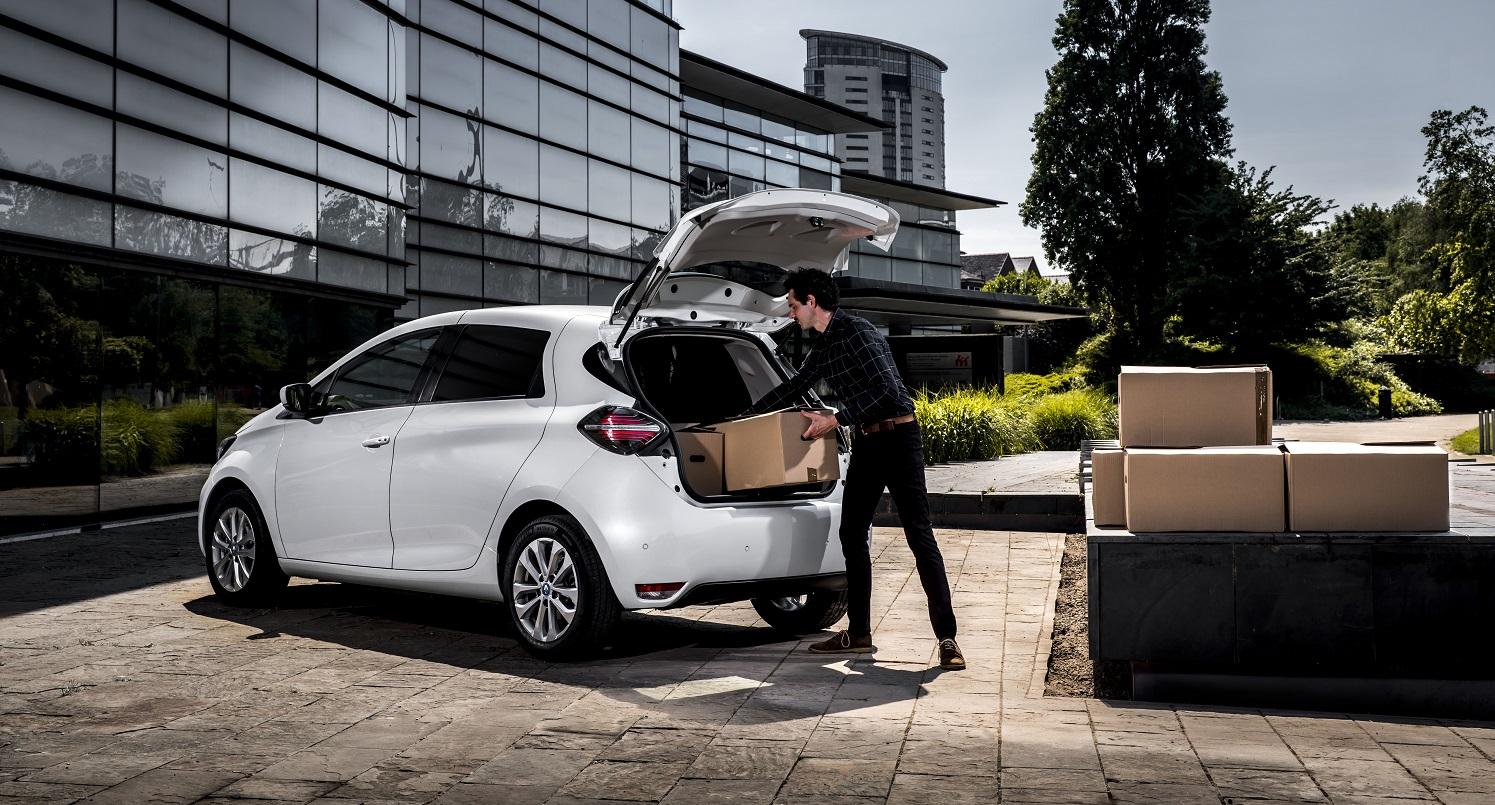 Renault has updated its range of electric light commercial vehicles, but the headline-grabber is the addition of the new Zoe van capable of 245 miles range.

Renault already had a decent electric van line-up consisting of the Master Z.E and the Kangoo Z.E, but now the popular Zoe gets the commercial van treatment. 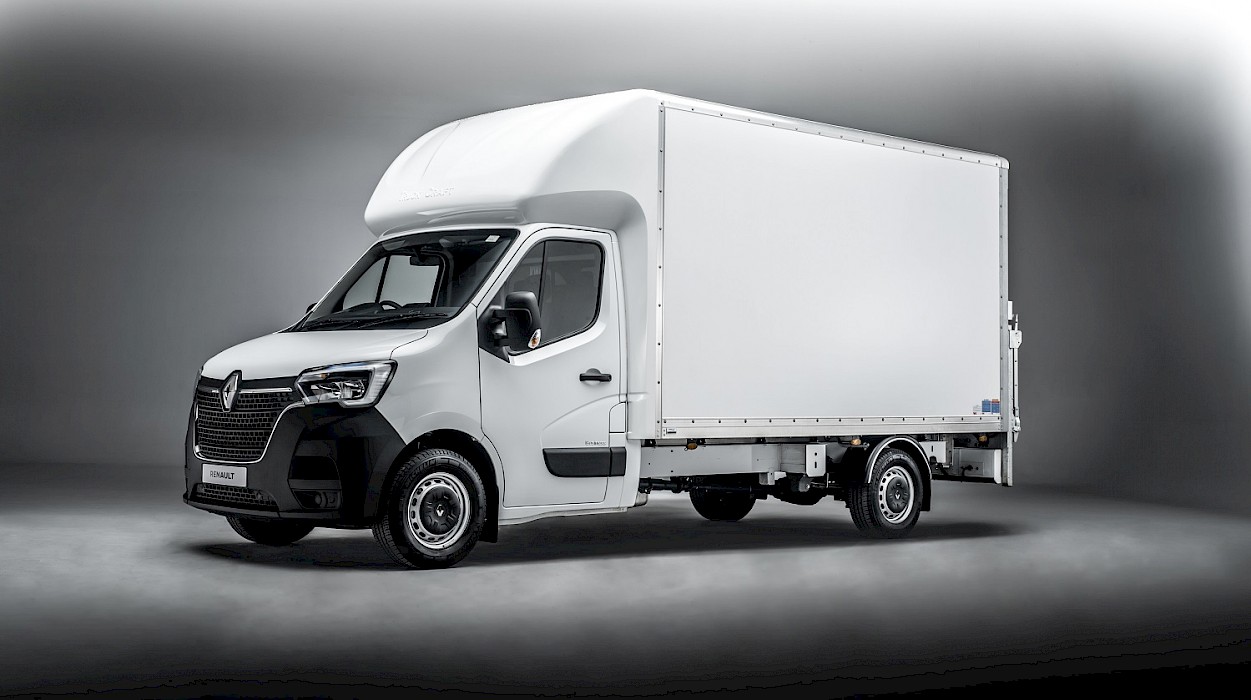 Small tweaks have led to some significant changes for the most versatile of Renault’s electric LCV range.

The Master Z.E. now has an increased payload of up to 1,700kg across the line-up but it now includes a 3.5 tonne variant. This version keeps the same 33kWh battery for a range of up to 75 miles which Renault says makes it perfect for last-mile deliveries.

You can also choose from a Chassis Cab (new for the 3.5 tonne model), Platform Cab, or Panel van variants. Prices start from £51,200 plus VAT after the Government plug-in van grant and order can be made from August. 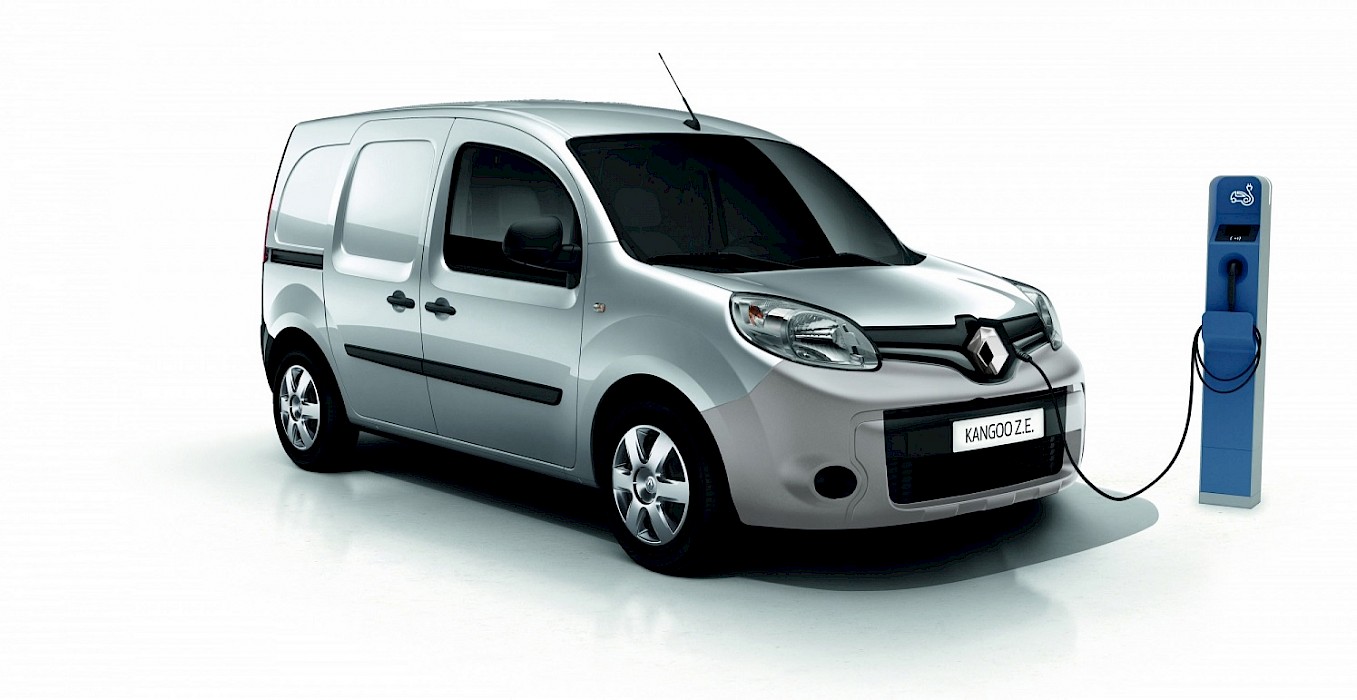 Launched in 2017, Renault says the Kangoo Z.E. has been popular with small, medium and large businesses thanks to the generous trim levels, payload ranging from 605kg to 640kg and space to store two Euro pallets.

Now it is adding the Business+ trim level which features over £1,000 worth of equipment for £600 according to Renault. On the outside you get metallic paint with body-coloured bumpers at the front and rear, plus you get electrically operated and folding door mirrors which are finished in gloss black.

The Renault Zoe has been fantastically popular and one of the most recognisable cars on the road.

Perhaps the best thing about the latest Zoe is its brilliant range. The Zoe van retains the same 52kWh battery and 245-mile range – the longest single charge range for any small van we know about. Although, the Zoe is obviously quite a lot smaller and lighter than other vans.

Charging options are generous too. Using a standard 7.4kW home or office charge point you can expect an empty to full charge in around seven hours. However, the Zoe van is capable of 22kW AC charging – so if you’re work premises has three-phase electricity then you can reduce charging time to about three hours.

There is also rapid charging capability although this is an optional extra. If you access a 50kW public rapid charger then you can expect an 80% recharge in a little over an hour however if you’re pressed for time, Renault says you’ll be able to add 90 miles in 30 minutes.

To make room for cargo, the rear seats in the Zoe has been replaced with a flat loading bay providing a total volume of one cubic metre. The loading bay also includes protective rubber flooring and four anchor points on the floor.

Maximum load length is 1,205mm with a maximum load width 1,110mm, while max payload is 387kg if you get the Business trim.

For added security the rear windows are also opaque.

There are two trim levels for the Zoe van – Business and Business+.

Both get a 10-inch digital driver display, but the Business+ trim gets a larger 9.3-inch infotainment screen instead of the standard 7-inch touchscreen in the normal Business trim. However, both include Apple CarPlay and Android Auto.

The always-on 4G mobile connectivity means you’ll get traffic and weather updates from TomTom. And if you prefer you can also display sat-nav instructions on the digital driver display.

You can also wirelessly charge your mobile phone in the centre console.

If you go for the Business+ model then you can expect additional safety features such as rear parking sensors and camera, lane keep assist, lane departure warning, traffic sign recognition and more.

Prices start from £19,380 for the base model before VAT but after the Government plug-in van grant.