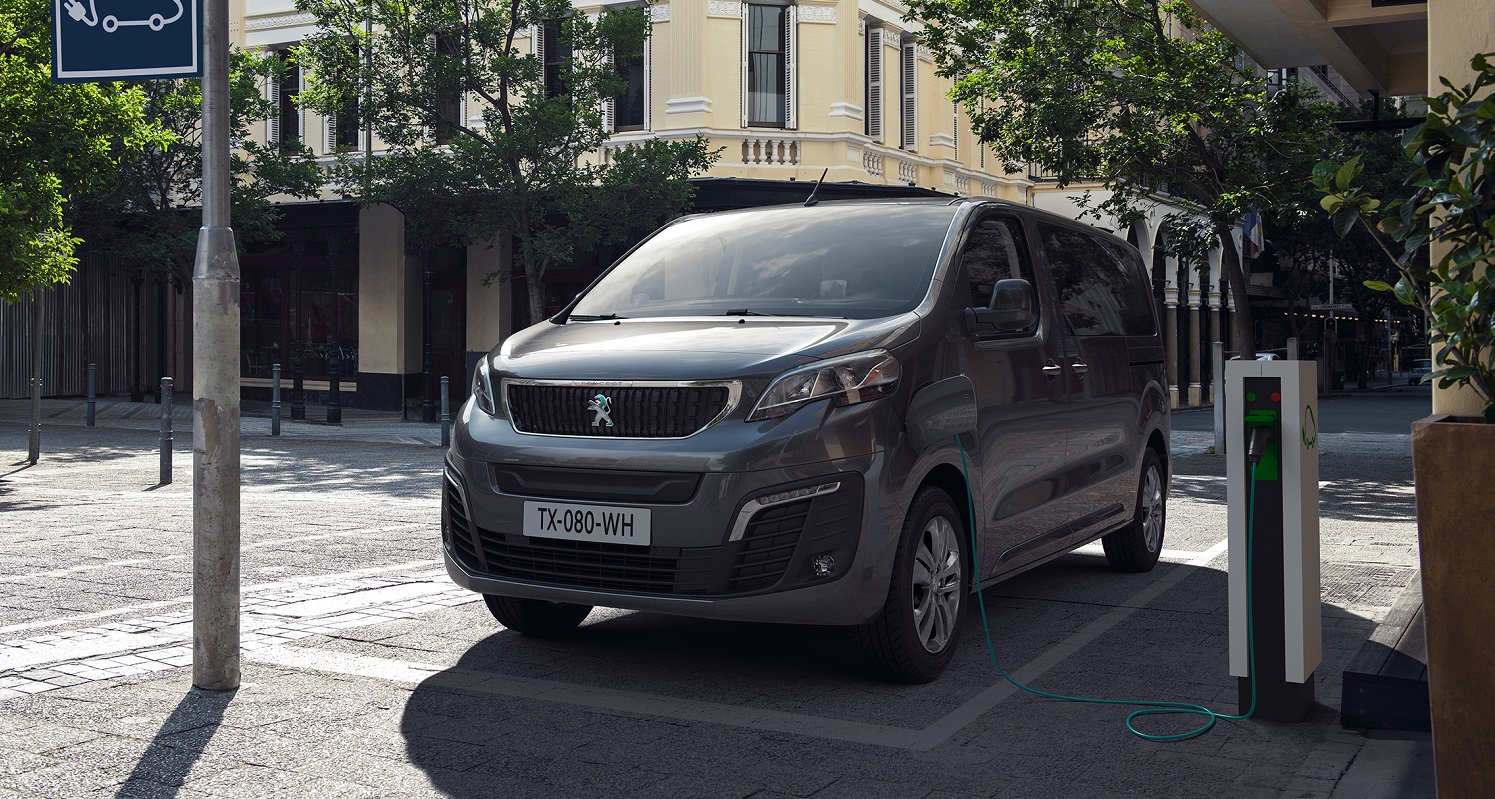 Peugeot has unveiled its new fully electric e-Traveller MPV which can seat up to eight passengers.

It follows the reveal of the e-Expert earlier this year, which is the panel van version of the same vehicle.

The eight-seat e-Traveller is one of the few fully electric MPVs available competing with similar vehicles such as the Nissan e-NV200 Combi although this is only available as a seven-seater.

The Peugeot e-Traveller has a modest 50kWh battery with range of up to 143 miles (WLTP).

Peugeot is pushing the flexibility of its electric MPV with the changeable seat layout allowing drivers to choose more luggage capacity by removing seats or prioritising passenger numbers. In fact, seat numbers can vary from two to eight.

If seat numbers are reduced then this capacity increases further to 4900 litres.

Adding to this flexibility, Peugeot offers the e-Traveller is two lengths – the Standard 4.95m and the Long 5.30m.

Despite the addition of a 50kWh battery pack, the 1000kg towing capacity of the e-Expert remains intact.

Speaking of batteries, charging the e-Traveller using a typical home 7.4kW charge point will take around seven hours, although the on-board charger can be upgraded to 11kW to reduce this time down to five hours.

The battery is also guaranteed for eight years or 100,000 miles for 70% of its charge capacity.

The Peugeot e-Traveller is expected to go on sale later in 2020 and pricing should be announced nearer the time.