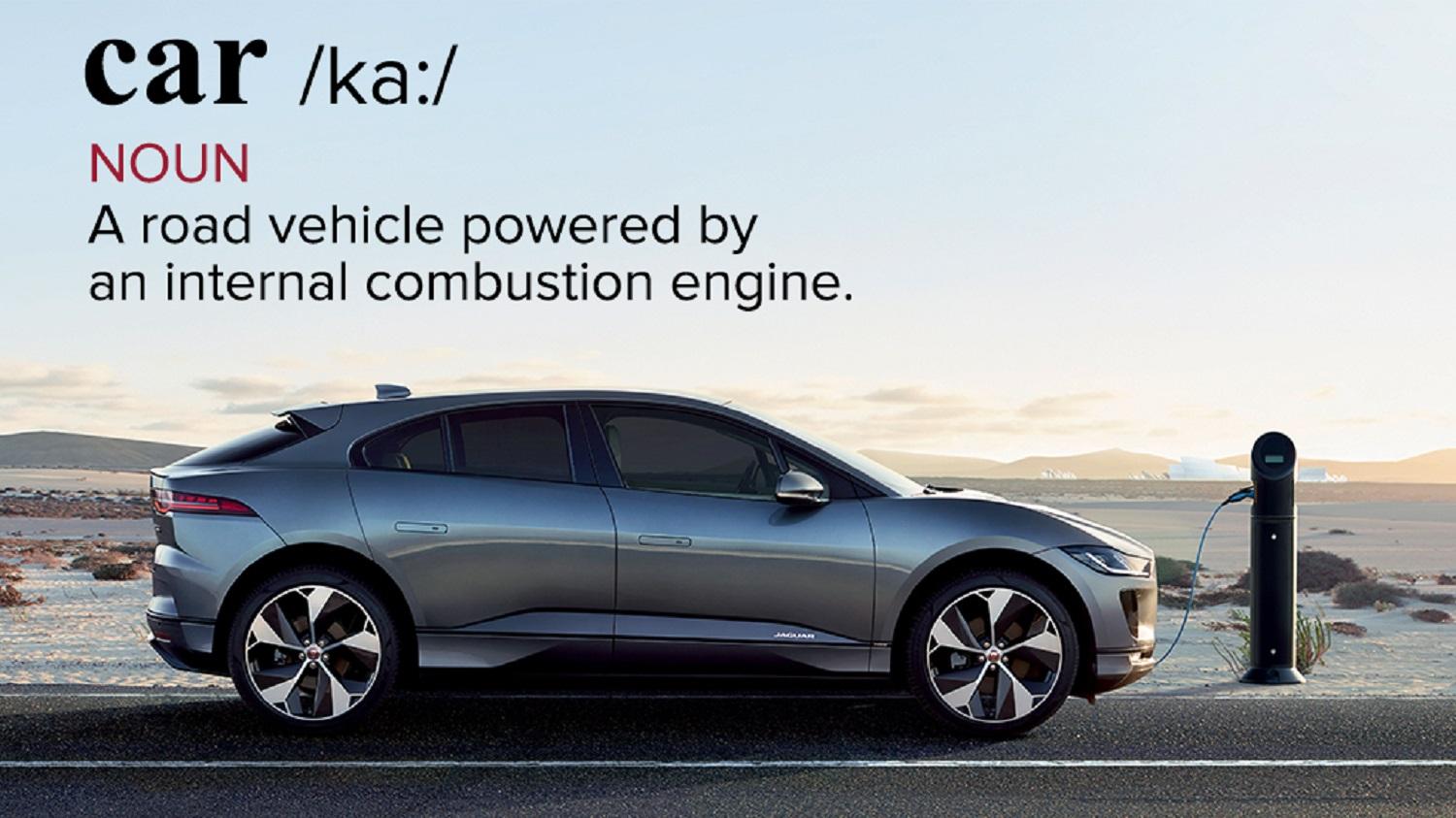 Jaguar has kickstarted a campaign to update the dictionary definition of the word “car”, which currently does not reference electric vehicles.

The current entry of the word “car” in the Oxford English Dictionary (OED), the accepted authority on the English language, defines it as: “a road vehicle powered by a motor (usually an internal combustion engine) designed to carry a driver and a small number of passengers, and usually having two front and two rear wheels, esp. for private, commercial, or leisure use.”

Admittedly, the entry refers to the motor as “usually” powered by an internal combustion engine, but Jaguar would like the definition to be more accepting of other “more sustainable powertrains”.

But Jaguar claims its award-winning I-PACE is, strictly speaking, “not a car” according to the OED definition.

The Oxford Dictionaries.com, a collection of dictionary websites produced by Oxford University Press (OUP), leaves even less room for manoeuvre defining the car as: “A road vehicle, typically with four wheels, powered by an internal combustion engine and able to carry a small number of people.”

In response to this terminological crisis, Jaguar has submitted a formal application to the OED and OxfordDictionaries.com to have the definitions updated to include additional powertrains, including electric vehicles (EV).

David Browne, head of Jaguar Land Rover’s naming committee, said: “A lot of time and thought is put into the name of any new vehicle or technology to ensure it is consumer friendly, so it’s surprising to see that the definition of the car is a little outdated. We are therefore inviting the Oxford English Dictionary and the Oxford Dictionaries to update its online classification to reflect the shift from traditional internal combustion engines towards more sustainable powertrains.”

Jaguar is encouraging people to get behind the campaign by asking how the word should be defined. You can get involved by using the hashtag #RedefineTheCar on Twitter, Facebook and Instagram.