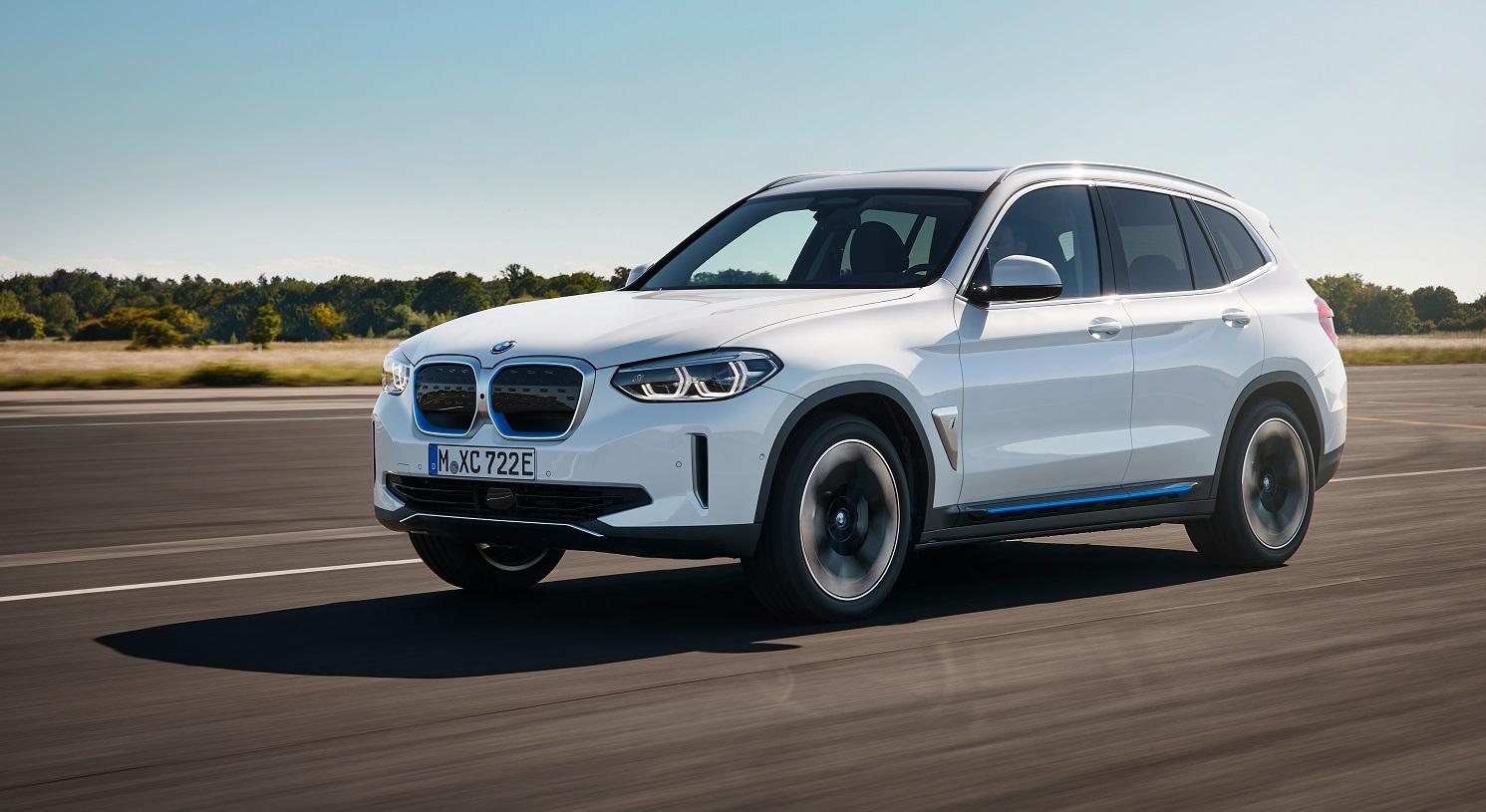 BMW has unveiled the iX3 as its first fully electric SUV, which has a range of up to 285 miles.

The iX3 is the first all-electric model in BMW’s X range of SUVs. The new electric iX3 will be offered alongside plug-in hybrid and petrol/diesel variants of the X3. The fully electric version will be the first model to be produced for export and the Shenyang facility in China and is due for launch in the UK in summer 2021.

There’s quite a lot of fanfare from BMW about the iX3’s efficiency and performance. Using its fifth-generation eDrive technology, which first appeared in the i3, BMW claims an improved energy density in the battery and a highly efficient electric motor has avoided the need for a “disproportionately” large battery pack.

According to BMW, the power density of the iX3 is 30 per cent greater than existing BMW EVs.

This results in a lighter vehicle despite having an 80kWh battery pack. This is good for a WLTP-rated range of 285 miles. It generates 286hp with a peak torque of 399Nm – this means the iX3 is capable of 0-62mph in 6.8 which is similar to the performance of the petrol power X3.

The same battery tech will also make its way into the upcoming BMW i4.

Sticking with the drivetrain, BMW also says it has eliminated the use of rare earth material in the motor. It’s achieved this because the electric motor avoids the use of magnets.

In terms of charging, the iX3 is capable of up to 11kW AC charging using a dedicated charge point at home. An empty to full charge will take about 10 hours using a 7.4kW home charge point, but most of the time you’ll only need to top up the battery and you’ll probably be asleep while it’s charging.

If you can access a public rapid charger, then you can expect an 80% recharge in as little as 34 minutes – enough time for a coffee and a sandwich then while at the services. 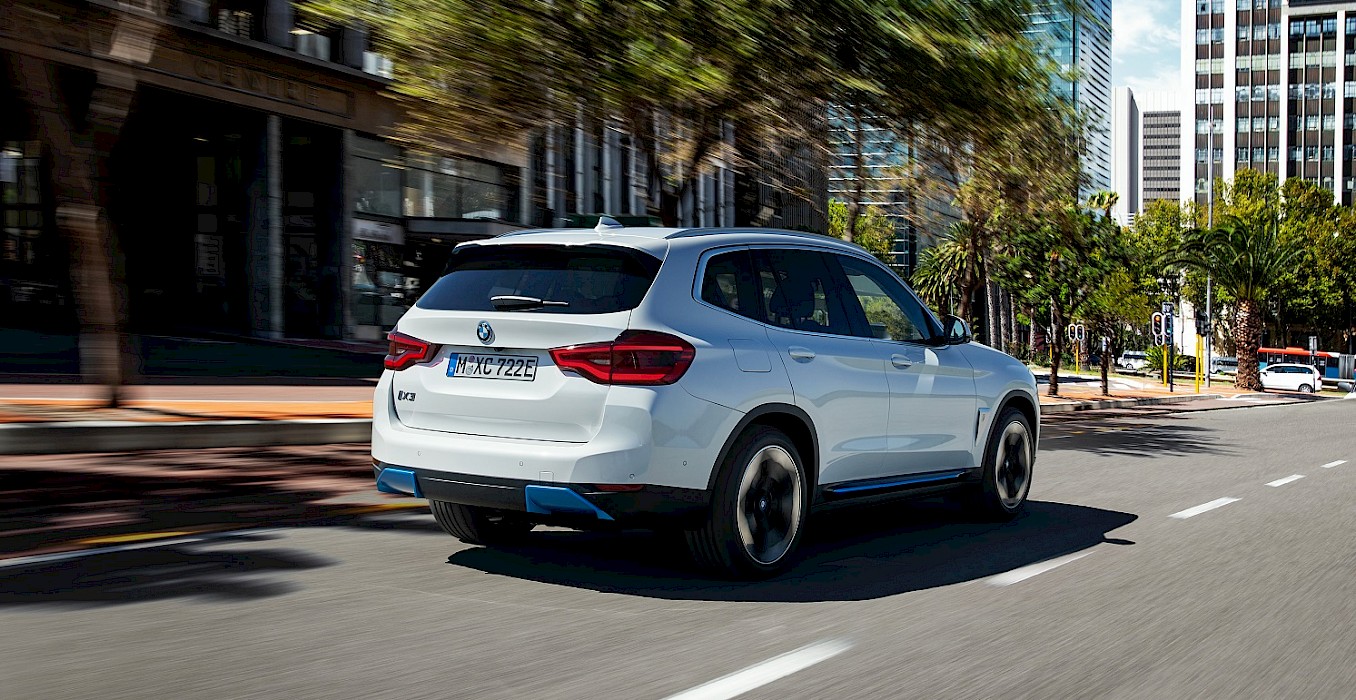 The iX3 is quite conventional in appearance and does not have any particular standout styling features compared to the petrol and diesel versions. In fact, it’s quite the departure when you stood up against previous BMW I models.

The main styling differences are for aerodynamic purposes. So the grille is largely closed up, while the back of the car has a slightly different shape to reduce air resistance.

Now customary for EVs, it also comes with aero alloy wheels to control the flow of air around the vehicle and further reduce drag. In fact, the new wheels reduce the iX3’s drag coefficient by about 5 per cent and adds about six miles to the total WLTP range – not too shabby at all.

The interior and practicality

In the cabin, you can expect decent space thanks to the SUV design and there’s a good amount of space in the back. You get 510 litres of boot space which increases to 1,560 litres if you fold the rear seats down.

You’ll also find bit of blue here and there, which hint at the electric drivetrain powering the iX3.

You also get the latest generation of BMW’s operating system 7, which means the car will receive over-the-air software updates.

The driver will be greeted by a 12.3-inch digital display behind the steering wheel, as well as a 10.25-inch central display for use with the infotainment system.

Don’t worry, fans of the iDrive won’t be disappointed – occupants can either use the touchscreen display, physical iDrive controller, steering wheel control, voice control or gesture control. You can’t accuse BMW of a lack of options here.

Apple CarPlay and Android Auto are also included as standard and you can even access services such as Google Assistant, Maps, WhatsApp as well as streaming services like Spotify.

More details and pricing is expected to be announced in Autumn 2020.