BMW has released full details and pricing for its upcoming, and hugely important, all-electric i4 saloon.

This is BMW’s bread and butter, that’s what it is – just electric. We’ve had the quirky BMW i3, we’ve had the obligatory electric SUVs in the form of the easily mixed-up iX3 and iX.

But now the German carmaker is bringing its all-electric big gun to the party – the saloon.

We’ve known about the BMW i4 for some time. We knew it would be going for Bimmer’s core audience of office professionals, salespeople and the all-important business lease market.

We also knew it would have the range and performance to rival cars such as the Tesla Model 3 and Polestar 2, which have effectively had the premium electric saloon market to themselves until now.

With full details unveiled, here are five key things you need to know about the BMW i4. 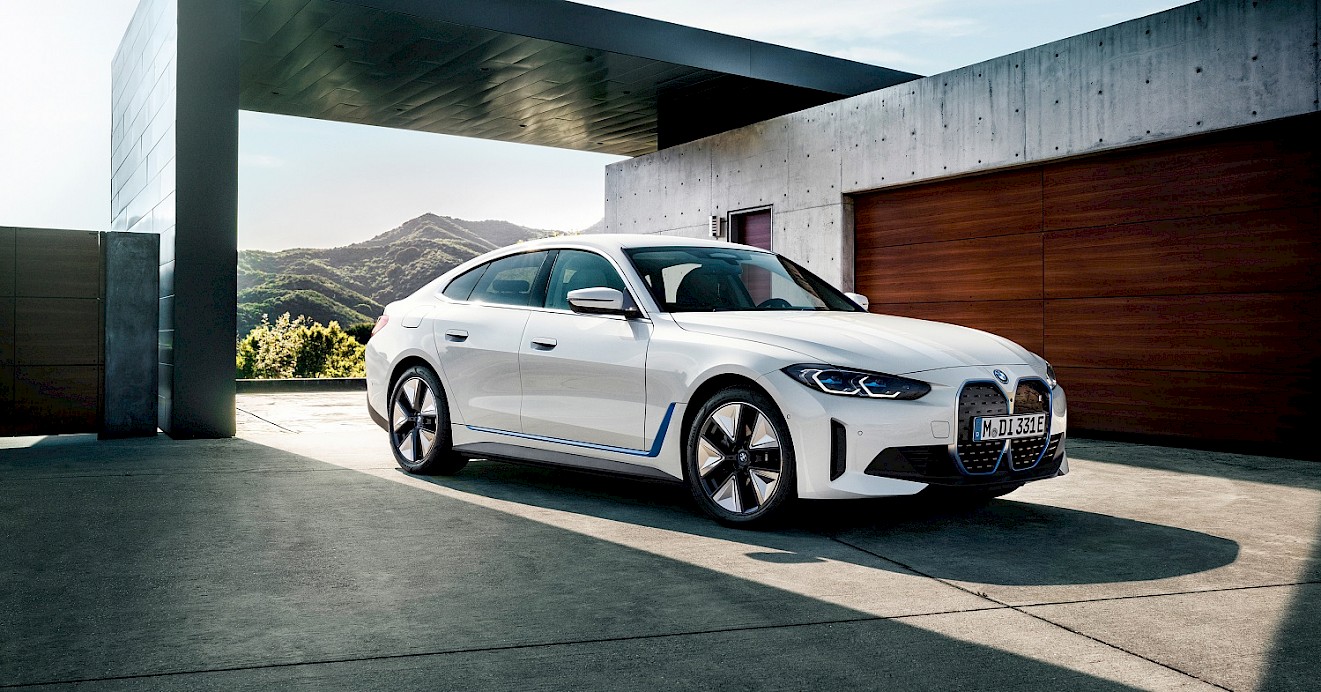 It is a cliché to reference Tesla when it comes to range and the Porsche Taycan when it comes to performance. But in the all-electric world, they have set the benchmark – ignoring the ludicrously quick Rimac Nevera of course!

The all-wheel M50, which starts from £63,905, has a lower range of 316 miles in exchange for that added power – 544hp and 795Nm of torque, although this is only achieved when using the “Sport Boost” function.

Appearance-wise, the M50 is the most aggressive looking of course with additional side air intakes to cool the brakes and a grey trim surrounding the grille, mirror caps and the inlays of the rear apron.

This is a Gran Coupe 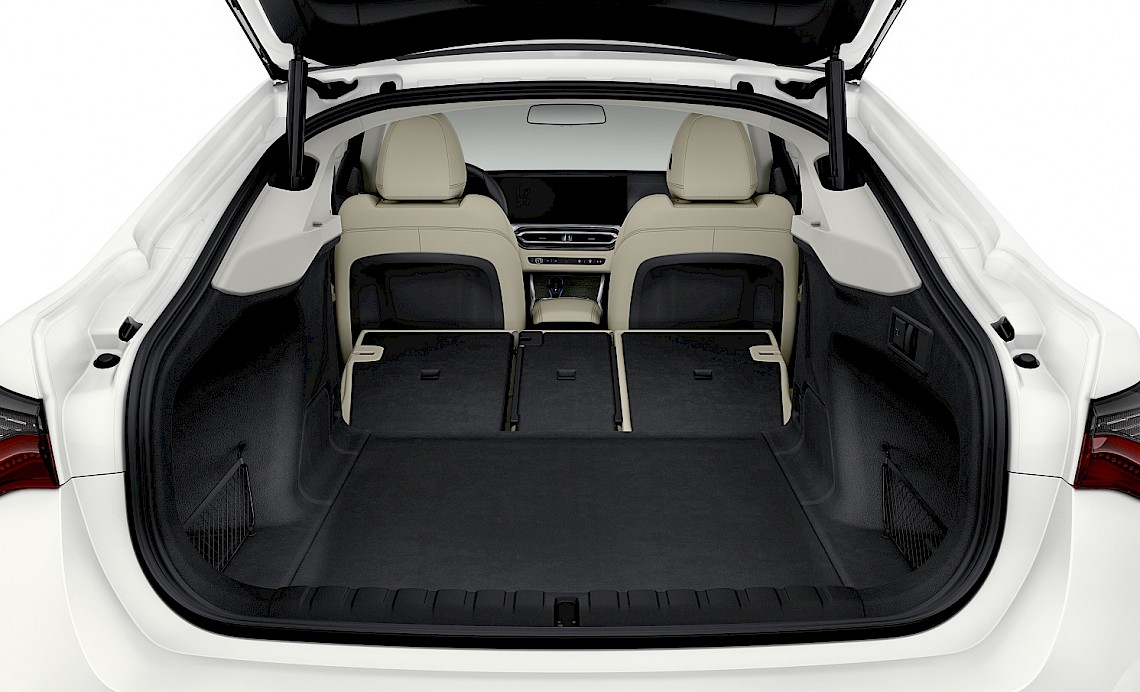 A lot of the visual comparisons so far have been with BMW’s own 3-Series, which makes sense given its sheer popularity and the size.

But visually this has a lot more in common with the existing 4-Series Gran Coupe. After all, it’s a four-door saloon with coupe styling – a lot like the 4-Series Gran Coupe then in the sense it’s exactly like it. (ed - I should know, as I owned a 4-Series).

It’s a good thing, though. You get sporty styling without compromising too much on practicality. Tall passengers in the rear might notice their heads grazing the roofline, but boot space should be generous though we haven’t got official specs yet. 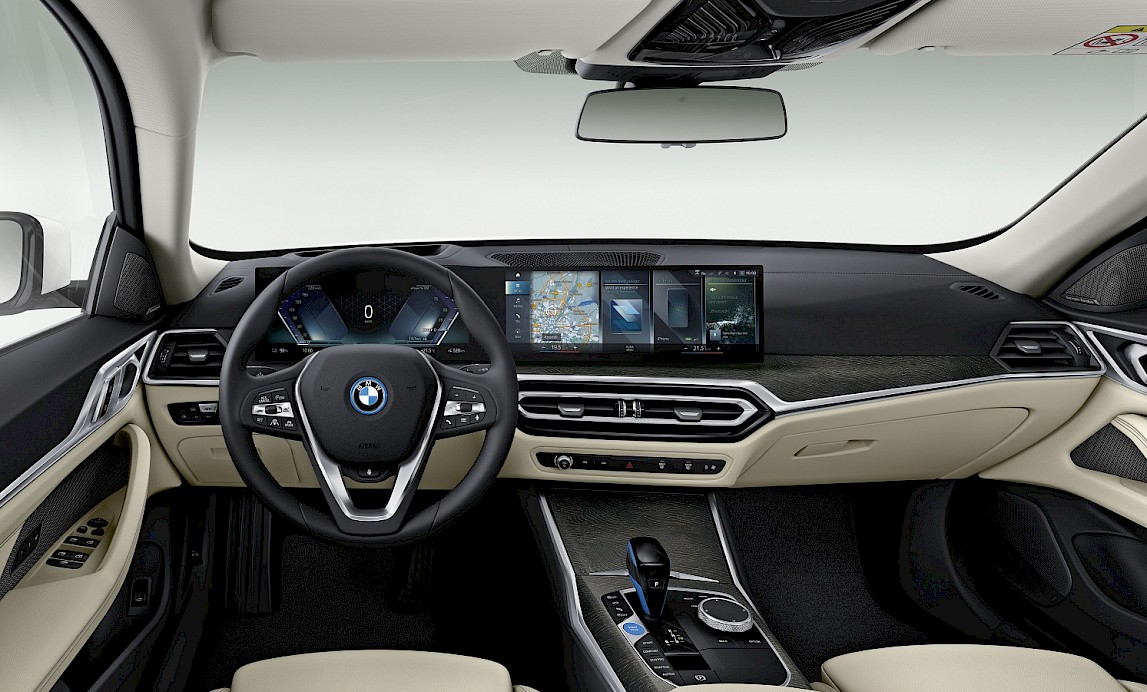 The i4 will benefit from BMW’s glorious iDrive infotainment system. Few carmakers are yet to rival the easy-to-navigate, response and intuitive iDrive, so BMW hasn’t tinkered too much with the formula – why bother?

Things to note include the new large curved display, which now combines both the main infotainment screen and the digital driver display.

BMW is also claiming the voice control assistant is better than ever, allowing for “natural dialogue”. Hopefully they have nailed it, and in my own experience it is better than many other car makes, but don’t pin your hopes on discussing the ins and outs of the Champions League Final with your car any time soon.

Thankfully BMW has retained the brilliant iDrive controller dial. You can use the touchscreen, but the dial/wheel makes things so much easier while you’re driving and other common functions have also stayed within the realms of physical buttons.

Green at manufacture, not just the tailpipe

BMW is also shouting about its environmental progress when it comes to manufacture.

Zero emissions vehicles are zero emissions at the tailpipe. This is good, of course, but only one part of the big picture.

BMW says its manufacturing facility can now produce cars and battery cells using 100 per cent green energy. This helps bring down the lifecycle emissions of any car by a considerable amount and is particularly important with electric vehicles which typically have a higher upfront emissions cost.

The electric motors in the i4 also do not require the use of rare earth metals, while the extraction of raw materials like cobalt and lithium for the battery pack is “controlled and transparent”.

Secondary raw materials, natural materials and recycled materials have also been used throughout the rest of the vehicle.